Coronation Street spoilers for next week reveal that Todd is injured in a hit and run.

Meanwhile Asha makes a confession to Nina and Tyrone tells Alina the truth about who started the fire.

1. Todd is injured in a hit and run 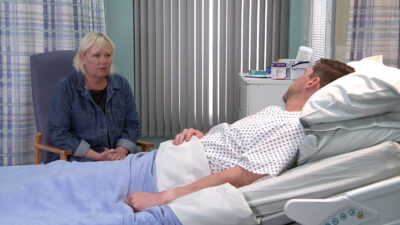 Shona lets herself into No.8 and confesses to David she went to move his car but hit something.

She admits she panicked and drove off leaving David shocked.

Finding no evidence at the scene of the accident, they shrug it off and ask Abi to mend the dent.

Meanwhile Eileen tells Billy that Todd is in hospital – he’s been the victim of a hit and run. 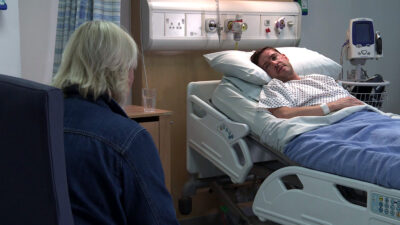 Shona admits that she was driving the car, knew she hit something and panicked.

Abi reluctantly agrees not to go to the police.

Meanwhile in the hospital, Todd tells Eileen he can’t remember much about the accident.

Eileen is relieved he’s on the mend. 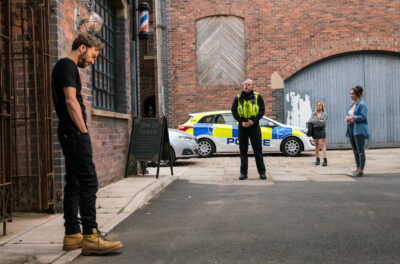 David assures Shona that he’s hidden the car and plans to pay Todd a visit to see how much he remembers.

Later Craig calls at No.8 and tells David his car was found dumped with a huge dent in it.

When Craig goes, Shona and David mull over their options.

Later Sarah is shocked to see David being arrested for failing to stop and report a traffic accident.

3. Asha is determined to help Nina 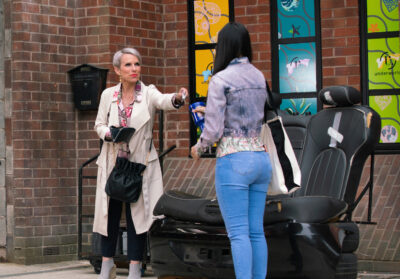 Asha calls at the café and offers to help with the fundraising for Seb’s memorial garden.

Nina is touched and Asha sets about getting donations to impress her.

Asha dupes Dev into giving a large donation by playing him off against Debbie.

When Asha reveals she sold her new laptop to raise money, Dev is annoyed and suspects she still has feelings for Nina. 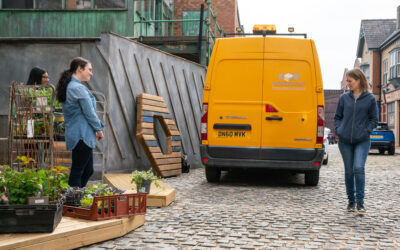 Abi watches as Ed, Paul, Nina and Asha beaver away in the memorial garden.

Abi confesses to Bernie that she can’t see the point in a garden for Seb as he knew nothing about gardening and it’s merely virtue signalling as far as she’s concerned.

When Abi sees the huge mural of Seb that Nina painted in the memorial garden, she’s horrified and finds it insulting.

Nina is shocked when Dev reveals most of the money came from the sale of Asha’s laptop. 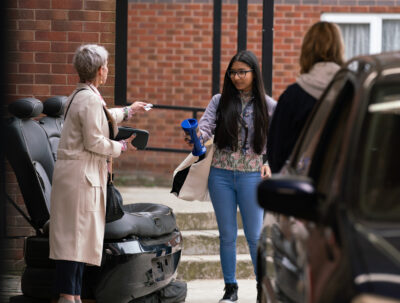 Nina confronts Asha over the sale of her laptop. Asha admits she still has feelings for Nina, but how will Nina react?

Later Nina and Roy discover the memorial garden has been ransacked and are appalled.

5. Alina has her suspicions 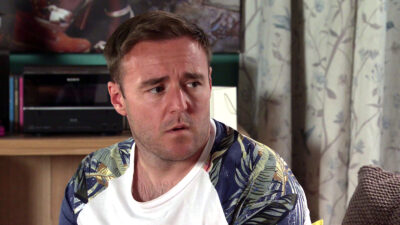 Tyrone tells a suspicious Evelyn that Fiz and Hope have gone to stay with Cilla.

Fiz tells him she’s at a B&B in Manchester but has no real plan.

Having got the flat keys back from Hope, Tyrone returns them to Alina and makes out he found them in a jacket pocket.

Alina tells Tyrone that even though Fiz is off the hook, it just means somebody else started the fire. 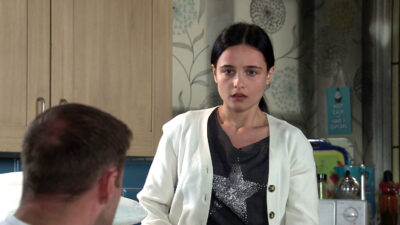 Alina tells Craig about the people trafficking case she was involved in.

She wonders if one of the gang set fire to the flat out of revenge.

Tyrone calls Fiz and explains Alina is living in constant fear so it might be best if they move into No.9.

As they move their things in, a disapproving Evelyn points out they could be putting all their lives in danger. 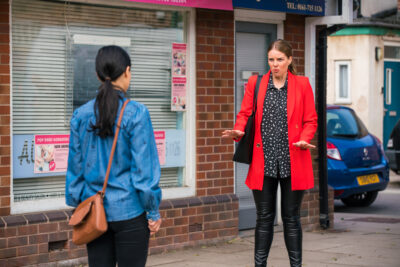 Alina confronts Rachel and blames her for starting the fire, but Rachel insists she’s innocent.

Alina wonders who could be responsible. Evelyn has her own suspicions and Tyrone refuses to meet her gaze.

As Evelyn and Alina quiz him about Fiz, Tyrone regrets going along with the plan. 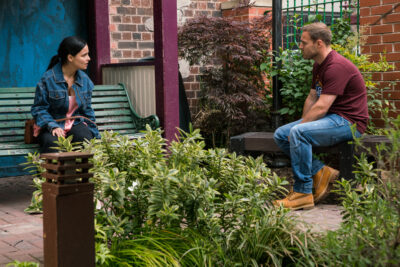 When Evelyn tells Ty he called Cilla and Fiz isn’t there, Tyrone crumbles and admits everything.

Alina hears from Chesney that Cilla is on holiday in Cornwall and is confused about Tyrone’s story.

When she sees Evelyn and Tyrone let Fiz and Hope into the house, Alina makes a decision.

After Fiz is helped into a police car, Tyrone tells Alina the truth – it was Hope who started the fire.