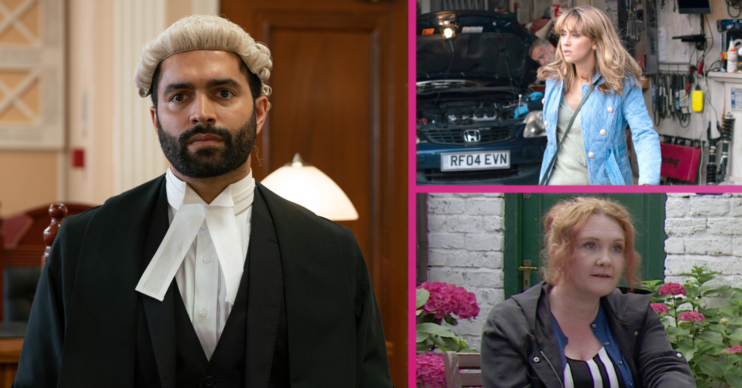 Is Liam going to be okay?

Coronation Street spoilers for next week reveal that Maria panics when Liam collapses unable to breathe.

Meanwhile Emma gets suspicious about Fiz and Tyrone and Imran’s ex wife shows up in Weatherfield,. 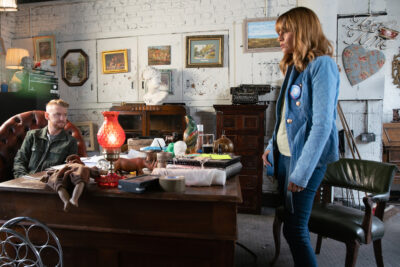 Gary returns from Bristol and Maria tells him Imran can’t afford the experts needed to try and clear Kelly’s name.

When Gary says he wants to hand over cash anonymously, Maria says she will walk away if he puts Kelly before her and Liam.

Liam and Jack play football in the street and Sally collars an indifferent Maria about the parking campaign. 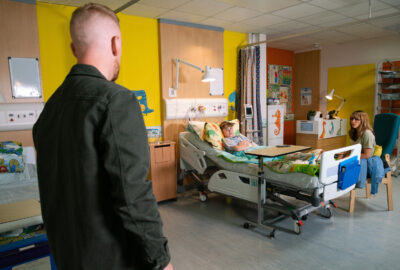 The ambulance arrives for Liam but is unable to turn onto the street due to double-parked cars.

Maria is beside herself as her son fights for breath.

Ronnie moves his car to let the ambulance through and paramedics give Liam oxygen.

At the hospital, Liam is diagnosed with asthma. 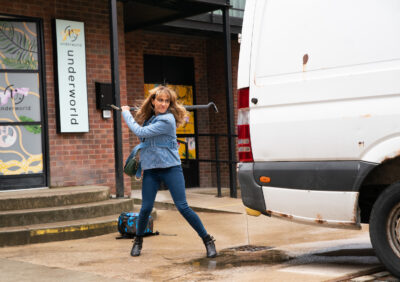 Maria is shocked to learn from the doctor that air pollution caused by traffic fumes is a common cause of the condition.

Liam is upset to learn he has to use inhalers and Maria takes her worries out on Gary.

Deciding that Underworld’s van is responsible for a large share of local air pollution, Maria insists Sarah takes it off the road.

Sarah refuses but is shocked by Maria’s reaction. 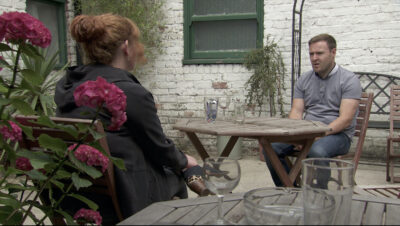 Tyrone is guilt ridden about his feelings for Fiz and the pair are awkward around each other as they meet the youth justice officer.

Emma sees Tyrone and Fiz in deep discussion and is suspicious.

Unsure of how much Emma overheard, Tyrone tells her that he and Fiz were discussing childcare.

Tyrone presents Alina with the expensive ring she wanted and she’s thrilled, but Emma tries to work out if Tyrone is genuine or if the gesture is purely for her benefit. 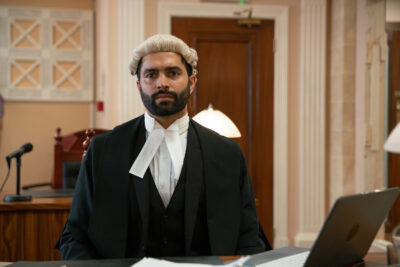 Adam is surprised when Imran’s ex-wife Sabeen calls into the office wanting to see Imran.

Imran is shocked when Adam tells him Sabeen is waiting for him in the Bistro.

Imran finds Sabeen in the Bistro and is keen to pick her brain about Kelly’s case.

He’s shocked when she reveals she’s a barrister on Corey’s large defence team and he doesn’t stand a chance of securing Kelly’s acquittal. 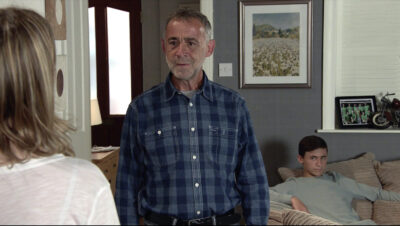 Abi tells Kevin she’s heard whispers that Tommy Orpington has been lined up as a character witness for Corey.

Sabeen calls on Imran and suggests they ask the court to take account of Kelly and Corey’s ages.

Sally assures Jack that Tommy wouldn’t support Corey if he knew the truth.

Abi finds out Kelly and Corey are having their identities protected, but later Simon tells Toyah that Corey’s identity has been leaked on a Tommy Orpington fan page. 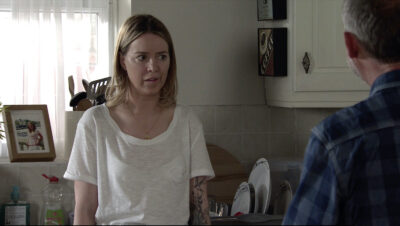 Abi is devastated that Corey being named may jeopardise the trial.

Meanwhile Imran volunteers Toyah to sit in court with Kelly.

The police call to talk to Jack about the online posts.

Abi accuses Imran of using Jack’s mistake to delay the trial and Toyah is shocked that is exactly what he’s doing. 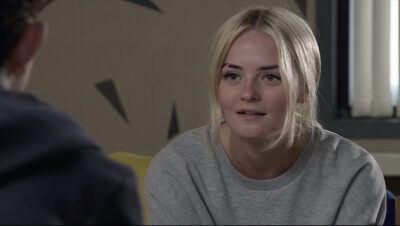 Imran and Sabeen lock horns at the pre trial review as Imran reveals he has new evidence about the blood splatters on Kelly’s shoes.

He is conflicted when Kelly and Corey are offered a reduced plea to manslaughter.

Simon visits Kelly in prison and she’s convinced she’s going to spend her life in prison.

Simon approaches Nina and begs her to remember what happened, as she’s Kelly last hope. 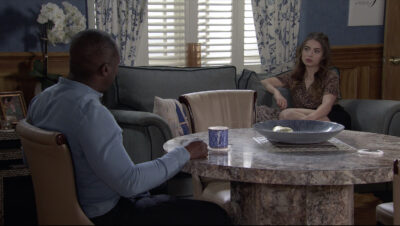 Jenny makes catty remarks when she hears Ronnie had lunch with Debbie.

Daisy urges Ronnie to make a move on Jenny before she’s snapped up by someone else.

Ronnie soon gets all dressed up and invites Jenny out for a meal. 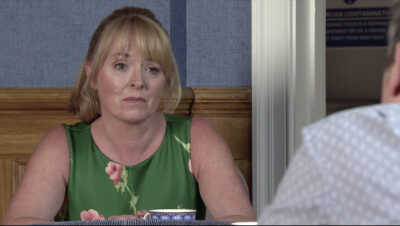 Jenny is preoccupied by a blocked toilet in the pub and non-committal, leaving Ronnie disappointed.

Daisy thinks Jenny will regret turning down Ronnie’s invitation and should give him a chance.

Jenny wonders if Daisy is right.

Later Ronnie gives Jenny flowers and she admits she’s not ready to be swept off her feet.