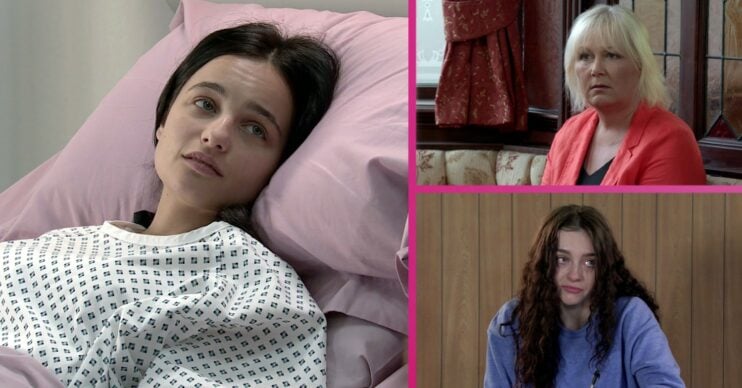 A fire is started at the salon flat

Coronation Street spoilers for next week reveal there’s a fire in the salon flat – could it have something to do with Hope? 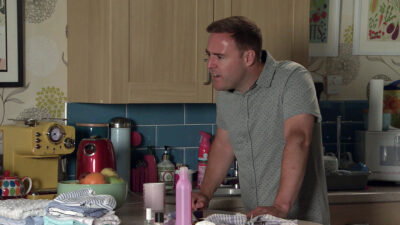 However she feels abandoned when he starts planning drinks to celebrate the pregnancy.

Later Tyrone rushes off to the hospital with Alina as she is having stomach pains.

At the hospital the sonographer confirms the baby is fine. 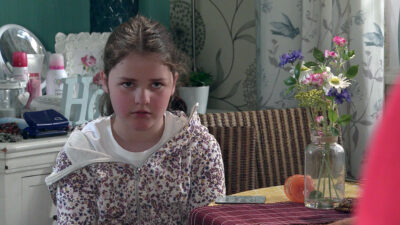 Having collected Hope on the way, Tyrone and Alina return home.

As Tyrone and Alina discuss the fact they’re having a boy, Hope stares at the dinosaur with mounting fury.

2. A fire at the salon flat 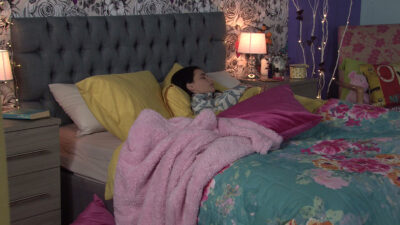 Alina admits she’s tired and tells Tyrone to attend the drinks with his friends while she gets an early night.

When Hope declares she wants nothing to do with the baby and hopes he’s never born, Fiz is shocked and sends her to bed.

Hope sneaks out and lets herself into the salon flat to get the dinosaur, thinking Alina is out.

She then lets herself back into No.9 and Fiz is oblivious. 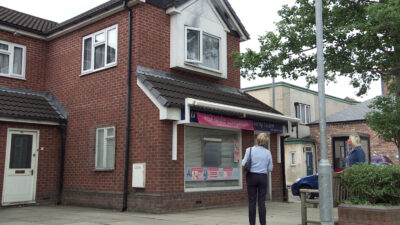 Back at the flat Alina is asleep as smoke creeps under her bedroom floor.

On the street, Eileen and Sally realise the flat is on fire.

Evelyn calls Tyrone and he tells Kirk he needs to get home.

Fiz, Evelyn, Eileen and Sally stand back as Alina is loaded into an ambulance. 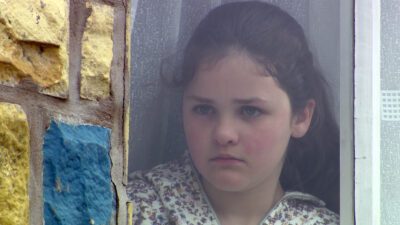 Hope watches from the bedroom window.

In hospital, Alina assures Tyrone that she and the baby are fine.

Later the fire investigation officer tells Tyrone the fire was started by an aromatherapy candle.

2. James feels let down by Craig 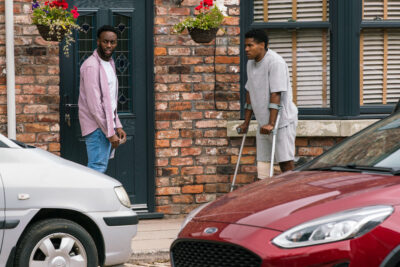 Sergeant Mitchell tells James and Michael they’ve considered the complaint but won’t be taking it any further.

As James walks out of Victoria Garden he spots Craig.

He asks him if he reported the fact he wasn’t driving erratically and there was no need for him to be pulled over. 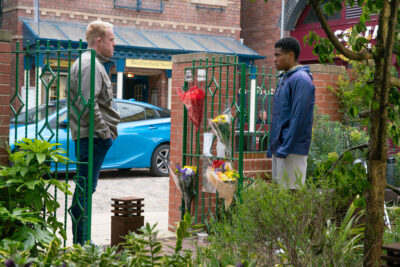 James tells Craig all he had to do was provide the truth, but he let him down.

At the police station, Craig questions PC Brody about his handling of James’s arrest.

However when PC Brody suggests that black people are just over sensitive, Craig is horrified.

Robert, the County Manager, comes to see James, but when James realises Robert is pleased it isn’t going any further, he tells Michael he’s going to appeal. 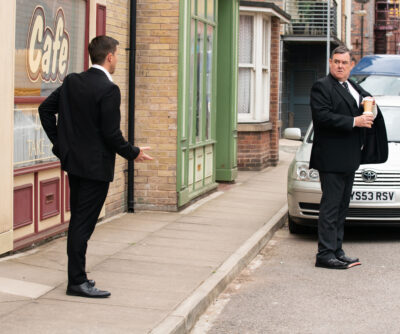 In the café George tells Eileen that Todd spent the night in the funeral parlour and he should cut him some slack.

When Todd reveals everything on the rental property page is out of his price range, George suggests he come to stay with him.

However when George overhears Eileen say she isn’t sure she wants to go out with someone who handles the dead for a living, George cancels. 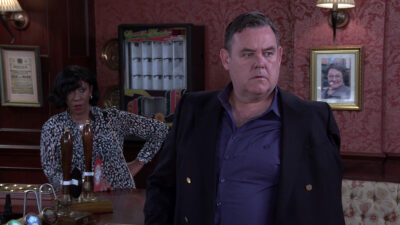 Later Eileen has a go at George for cancelling their date.

However when George tells Eileen he overheard her talking to Mary, Eileen is mortified.

Mary hatches a plan to get them back together, prompting George to ask Eileen if they can try again. 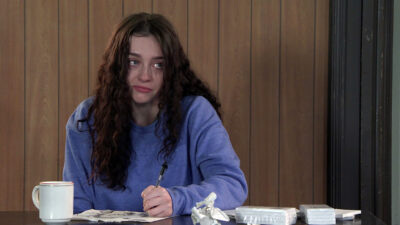 Lauren, a liaison officer, meets with Nina, but Nina crumbles at the thought of having to relive her terrible ordeal.

When Billy mentions a memorial veg plot left by one of his parishioners, Nina suggests they do the same for Seb.

Nina shows Abi her designs for the memorial garden and Abi feigns enthusiasm.

When Ed offers Nina the land next to his builder’s yard for Seb’s memorial garden, she is touched by his generosity.