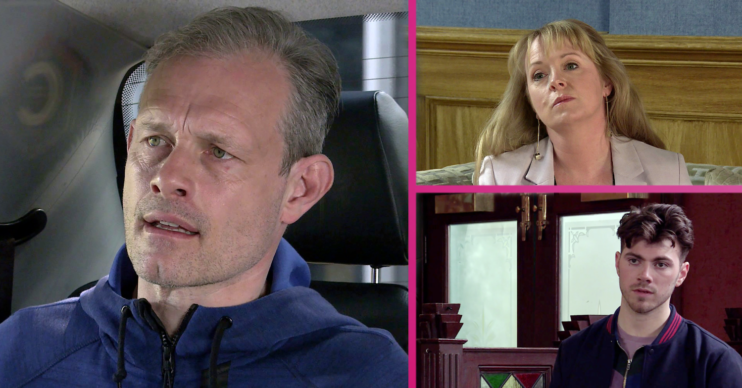 Coronation Street spoilers for next week reveal Nick returns to Weatherfield to look for Sam.

Meanwhile Daisy’s attempts to blackmail Ronnie go horrifically wrong and it looks like Emma has met her perfect man.

All this and more in next week’s Corrie. 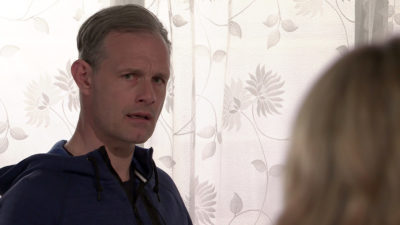 Nick returns to Weatherfield to help look for Sam. When Sharon spots him going into No.8, she calls Harvey.

Nick and Natasha watch with a feeling of dread as a police woman approaches the house.

Meanwhile Sam is trapped in the van and unable to summon help. 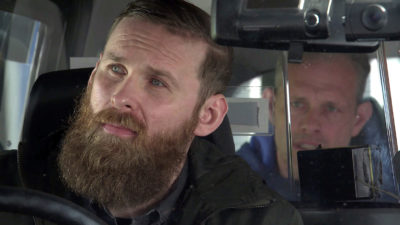 Later Nick gets into a taxi and discovers the driver is one of Harvey’s men.

He hands Nick a burner phone. He tells him that unless Leanne and Simon retract their evidence, he’ll never see Sam again.

Later Nick tells David what happened with Sam was orchestrated by Harvey. 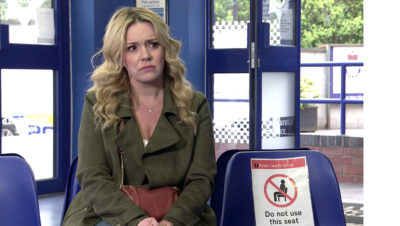 Nick calls Leanne and tells Leanne he won’t be returning as Sam is in danger.

Having found out Sam has been kidnapped by Shona, Natasha is furious and demands Nick call the police.

She tells him if he won’t go to the police then she will.

Soon Shona finds Natasha in the police station waiting room and begs her to reconsider, pointing out involving the police will put Sam in more danger. 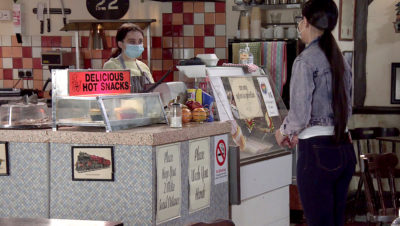 When George reveals it’s Seb’s funeral the next day, Nina is deeply hurt realising Abi didn’t want her there.

Meanwhile Asha meets with Corey and makes out she misses him.

He tries to convince her to spend some time alone in the empty flat upstairs.

When Asha assures him they can be together one day, but they’re better off as mates for now, Corey is clearly unimpressed. 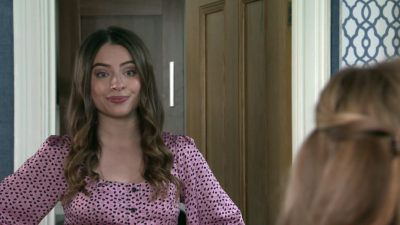 Daisy lets slip to Ronnie she knows all about his and Jenny’s dirty little secret.

Later Daisy tells Jenny that Ronnie has agreed to keep her some business tips to boost her Double Glammy sales.

When Ronnie reveals Daisy is threatening to go public about their relationship unless he helps her with her make up, Jenny asserts she’ll deal with Daisy.

Jenny confronts Daisy, telling her she knows she tried to blackmail Ronnie. 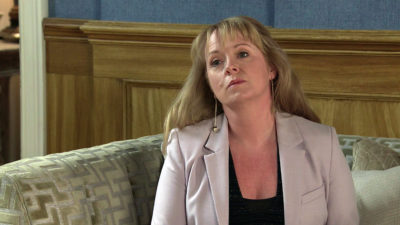 Jenny tells Daisy she wants her to move out.

A vulnerable Daisy explains to Jenny how her dad married again and had a baby, she felt unwanted.

Will Jenny give her another chance? 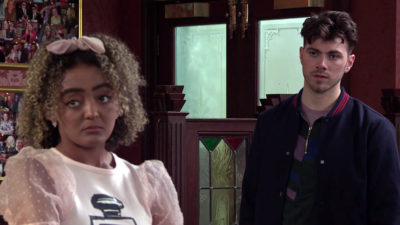 Emma is delighted when a good looking young man offers to help her move some barrels into the cellar.

Steve is less that impressed to see Emma having a drink with Curtis.

He reveals he’s the lad who knocking him off his bike, causing him to come last in the charity fundraiser.

When Amy suggests to Steve that he may be becoming obsessed with fundraising and worries he could be heading for another breakdown. 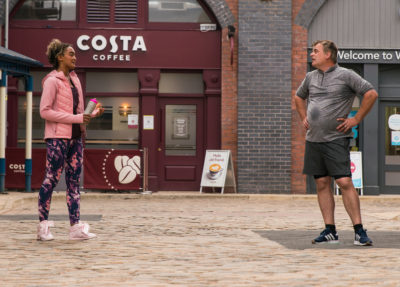 Steve realises Amy has a point and tells Emma he’s going to concentrate on his family.

Emma suggests they could do some fundraising together and he’s touched.

Steve tells Emma he intends to put things right with Curtis and later apologises to him for his behaviour.

When Curtis reveals he’s got an interview, Steve offers to give him some pointers. 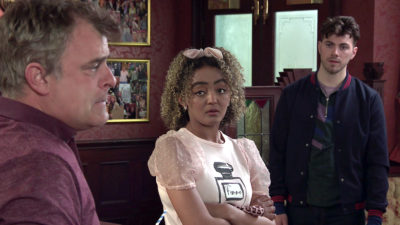 Steve and Emma put Curtis through a mock interview.

When Curtis reveals he’s training to be a doctor, Emma swoons and Steve is impressed.

Later, Curtis calls in the pub and reveals thanks to them and their help, he’s got a job at the Bistro. 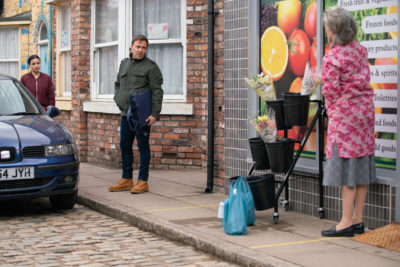 Ty feels the financial strain when he has to buy news shoes for the girls and new coffee cups Alina wants for the flat.

Evelyn points out that he has to run two houses and coffee cups are a luxury.

Later Evelyn is furious to find out Dev has given Ty a job doing deliveries.

She makes remarks about her grandson’s recent behaviour.

Have you been watching Coronation Street? Leave us a comment on our Facebook page @EntertainmentDailyFix and let us know what you think of these Corrie spoilers.