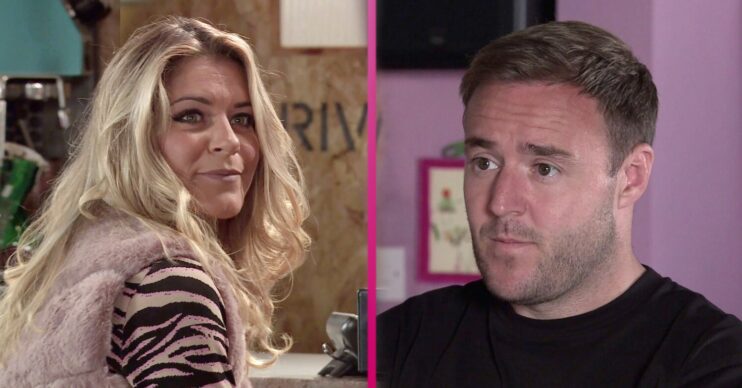 Coronation Street SPOILERS: New love for Tyrone as he’s asked on a date

Next week’s Coronation Street spoilers tease romance for Tyrone when he’s asked out by one of the mums at a children’s party.

Tyrone has been single since his painful split from Alina, who fled home to Romania secretly pregnant with his baby.

His hopes of reuniting with Fiz have also hit the skids as she’s now happily loved up with nice guy Phill.

So, when flirty Isla asks him if he’d like to go for a drink sometime, Ty’s chuffed to bits.

Will he say yes to the date?

It’s been a rough few weeks for Tyrone as he watches Phill get closer to his girls.

They like Fiz’s new man, and Ty finds it hard that Phill’s nice to him too.

He helps Tyrone out of a muddle he’s got into with Hope’s science project and lets him take the credit.

But Tyrone is on his own when Ruby is invited to a party, and the organiser makes it clear Hope’s not welcome.

When he arrives at the party, Tyrone catches up with organiser Penny to give her a piece of his mind.

He tells Penny he’s not happy with how she’s treated Hope, and a woman nearby looks very impressed.

Later, Isla introduces herself and compliments Tyrone on putting Penny in her place so well.

They all head for a milkshake afterwards, and Isla continues to make a good impression as they chat away.

When it’s time to go, Isla asks Ty if he’d like to have a drink together soon, and he says yes.

But when he goes home and tells Fiz, she’s far from impressed.

Why does she care that Tyrone has bagged himself a date?