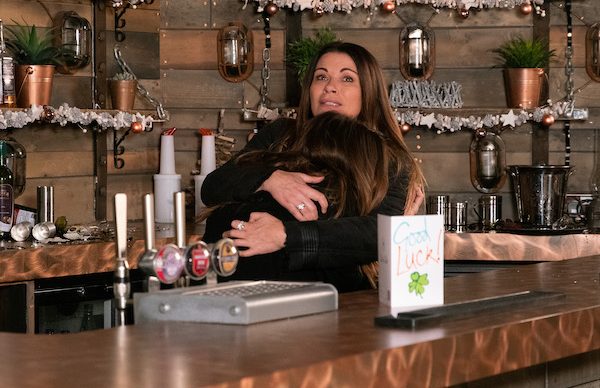 But there's drama before she departs...

There are sad times heading to Coronation Street this Christmas when Michelle Connor bids farewell to the cobbles after more than 13 years. But as always, there is drama surrounding her exit.

After recently finding out that fiancé Robert Preston was not only engaged to someone else, but that he was also about to become a daddy, Michelle was on the warpath.

The scorned bride-to-be made Robert believe that she was working on forgiving his infidelity and the pair planned their wedding day to perfection.

But while Robert was putting together his speech for the big day, Michelle was secretly planning to sabotage their wedding day and just at the moment she was due to say ‘I do’ at the altar she outed Robert’s cheating ways by reading out his messages to and from his pregnant fiancée, Vicky Jefferies.

Since she exposed his true colours, Robert has been totally broken and Michelle has been left devastated that the man she thought she would spend the rest of her life with turned out to be just like the rest of the men she has dated.

Having taken Robert’s beloved Bistro from him, Michelle makes her final plans to leave Weatherfield this Christmas and puts her affairs in place.

Having decided to sell the Bistro and move away from the cobbles in a bid to start a new life, Michelle heads to meet the new owner of the restaurant before she departs Weatherfield for good.

But once she is there and about to hand over the keys, she is sickened to realise that the mysterious new owner is none other than sleazy Ray… the man who indecently propositioned her a few months ago.

Michelle is fuming that the man who was going to sue her for slander is now the new Bistro boss and she sets about smashing everything up in the eatery before she leaves.

But thankfully Carla orders her friend to stop and reminds her she would be better leaving the Street with her head held high.

But when it comes to the crunch, will Michelle be able to leave her life in Weatherfield behind?

Will you miss Michelle when she has gone? Leave us a comment on our Facebook page @EntertainmentDailyFix and let us know what you think!