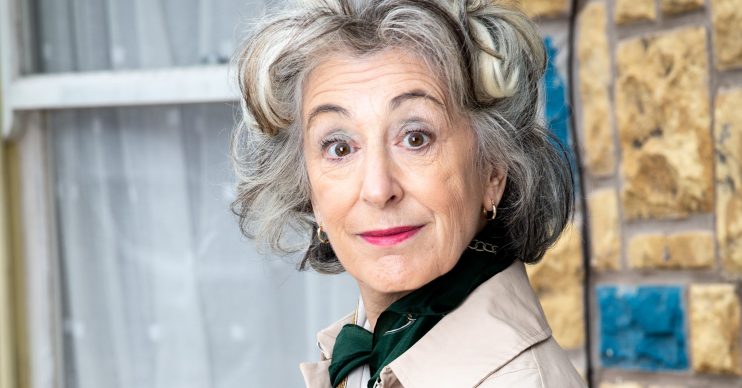 They find themselves on the wrong side of the law...

Coronation Street favourites Evelyn Plummer and Mary Taylor find themselves on the wrong side of the law next week when a protest goes horribly wrong.

If there is something to be said, you can count on Evelyn to say it.

But next week her acid tongue gets the better of her when she ends up getting arrested for protesting at the town hall.

However, Evelyn isn’t the only one who gets caught up in the drama… Mary and Nina are also there for the ride.

While Mary is not quite as sharp tongued as Evelyn, she is definitely one to fight for what she believes in.

And Roy’s niece Nina has made no secret of the fact she likes to support a good cause.

So when a protest about zero carbon is announced, the trio head down to the town hall to get involved.

But when Toyah also hears of their plans, she decides to join them on their mission.

However, things soon take a dramatic turn when things get out of hand and the four women end up getting arrested.

Later the news of Nina, Toyah, Mary and Evelyn’s arrest reaches Leanne and she breaks the news to Imran.

Imran heads straight to the police station to help the women out… but will he manage to persuade the authorities to drop the charges?

It now airs on Monday, Wednesday and Friday at 7.30pm.

What do you think the women did to get themselves arrested?