Maria think Gary still has feelings for Sarah in next week's Coronation Street.

In preview pictures on the ITV's website, Gary is immediately suspicious when he spots Nick and Sarah heading out.

This leads Maria to thinking Gary still fancies Sarah and is offended. 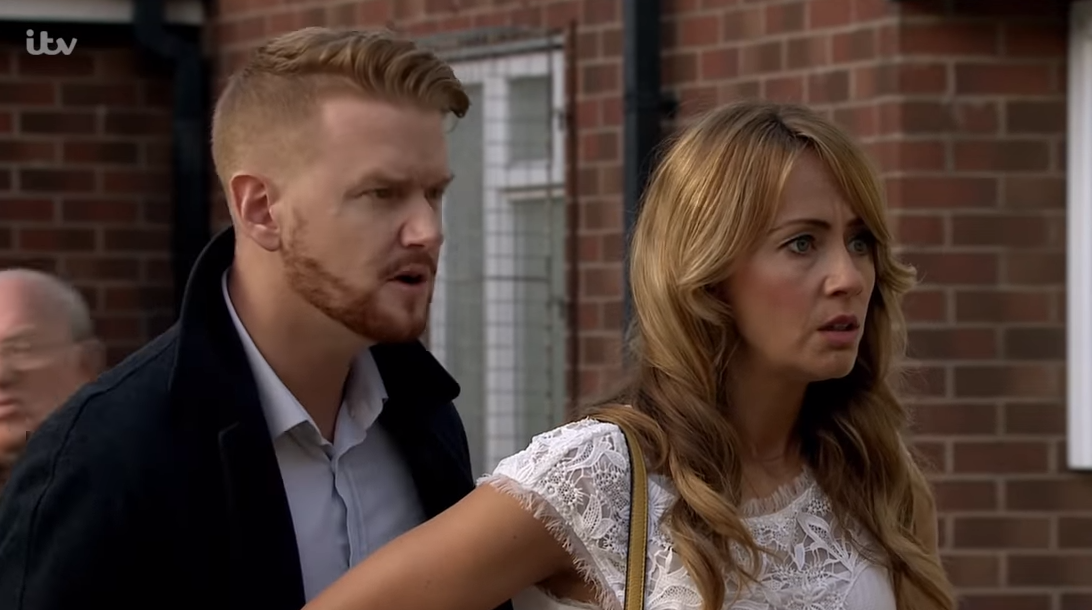 But Gary's right to be paranoid as Nick and Sarah secretly meet with Derek. What are they up to?

Viewers know Gary and Sarah split up months ago and she has become increasingly suspicious of his behaviour.

After it was revealed Gary was the one responsible for the factory roof collapse that killed Rana Habeeb, Gary ended up murdering loan shark Rick Neelan.

To get back in with construction at the factory, Gary hired Derek to pose as a contractor to Nick. 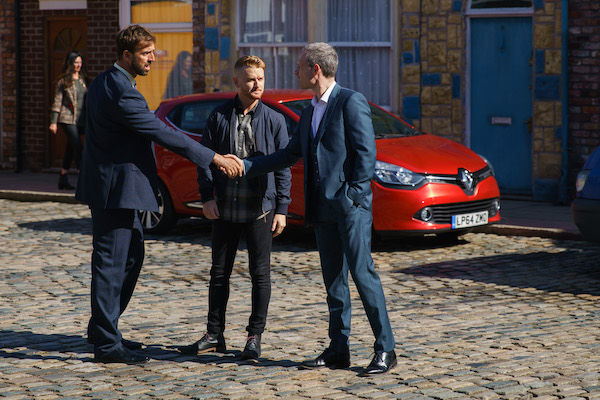 Derek offered to buy the land, build the factory and lease it to Nick - however Gary is the one behind the scenes pulling the strings.

Gary soon got fed up with Derek when he signed a short-term rental agreement with Nick behind his back.

To make things worse, he began seeing Gary's ex-girlfriend and mother of his son, Izzy. 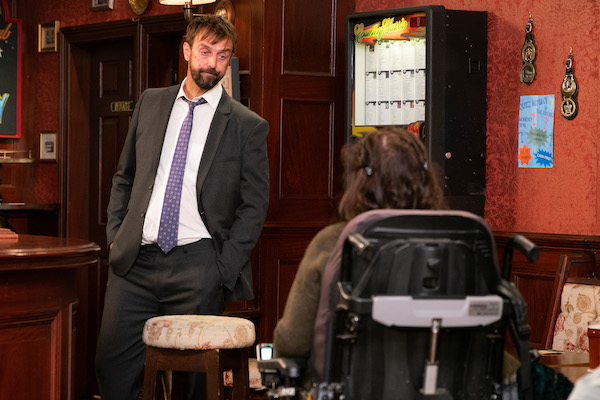 Derek soon got on the wrong side of Gary (Credit: ITV)

Although Derek wasn't initially afraid of Gary, when he saw the damage Gary did to Ryan he fled the street and hasn't been seen since.

Since Derek's absence, Gary has started seeing Maria but she has no idea how dangerous Gary really is.

Are Sarah and Nick about to learn the truth about Gary and Derek's partnership?