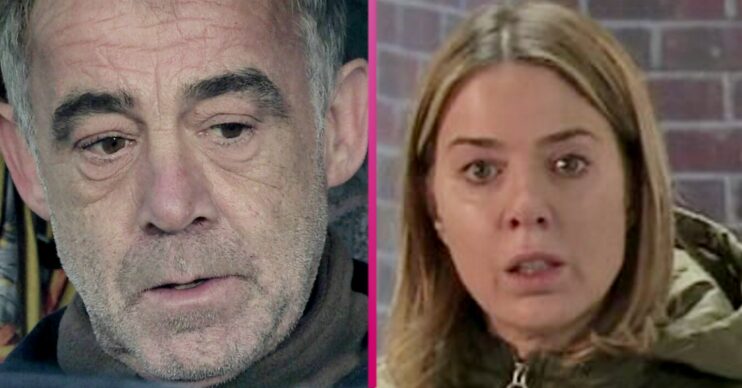 Abi's affair with Imran comes out

But as Kevin makes his feelings known and leaves his wife, what does it mean for Toyah and Imran?

The couple are celebrating their recent engagement at the bistro when Abi walks in, accompanied by Sean and Sally.

Something is obviously bugging Abi, who soon leaves upset. Sally finds her and Abi blurts out she slept with someone else behind Kevin’s back. However, she doesn’t admit who…

With Abi’s hearing to adopt Jack coming up and Kevin planning a lovely family holiday in a rented camper van, Abi is terrified her world is about to come crashing down and she begs Sally not to say anything.

But Sally refuses to make any promises.

Kevin finds out the truth in Coronation Street

At the hearing, Abi gets a glowing report from the social worker, but is left disappointed when the judge rules that they will reconvene on the case in a month’s time.

Later at the garage, Abi is with Kevin and their camper van when Sally calls her. She takes the call away from Kev, but has no idea her phone is hooked up to the van’s bluetooth.

Well, we know where this is going…

He gets in the van and drives off at top speed.

Abi is distraught, realising what she’s done. But can she persuade him to come home? Or has she lost him for good?

Will Toyah find out too?

In the aftermath, Imran arrives and wants to know just how much she’s told Kevin. However as they talk Toyah approaches and they freeze in horror.

What has she heard?

As Abi begs Kevin to forgive her, insisting she loves him, what does this mean for their future?

And for the future of Toyah and Imran? Will they get married without a hitch? Or will Abi spill the beans and ruin everything?