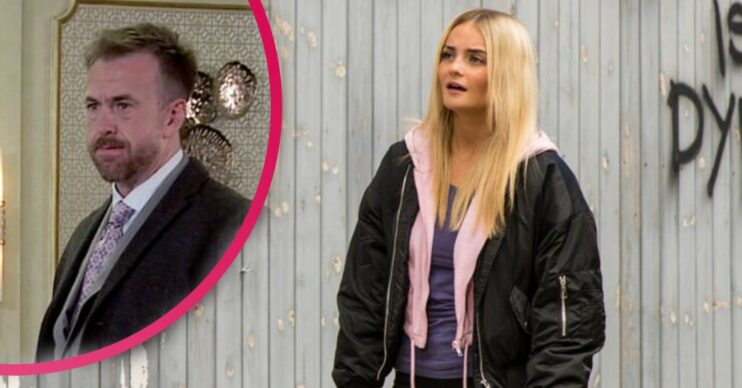 Next week’s Coronation Street spoilers reveal new horror for homeless Kelly as she ends up sleeping with a strange man to put a roof over her head.

With her loved ones in Weatherfield unaware of the terrible situation that’s befallen Kelly, the youngster is in grave danger.

Desperate for money, she nicks Amy’s phone but gets immediately caught out when it rings in her pocket.

Imran is dismayed after leaping to her defence, so Kelly leaves devastated that she’s let him down.

Scared to return to the supported living accommodation and too skint to get a room for the night, Kelly sleeps on the streets.

But worse is ahead for the terrified teenager.

Kelly has no idea that Aadi has begged Dev to let her stay at the Alahan house.

In fact, he only agreed to return home if Kelly was allowed to join him.

But the Alahans arrived too late to catch the youngster before she packed her bags and fled.

Now she’s on the streets, and Aadi has no idea how to reach her.

Imran is also trying to get through to Kelly, whose phone is out of battery.

She sneaks into a hotel to charge it but gets caught by the receptionist, who wants to know which room she’s in.

Kelly has no answers, but a passing man called Alan jumps to her rescue – and then invites her to come to his room anytime.

She’s disgusted but later returns after being robbed of the few possessions she had.

Desperate and in turmoil, Kelly goes back to the hotel and knocks on Alan’s door.

It looks like her life as a sex worker has begun.

Kelly on the streets

The next day, Kelly finally gets hold of Aadi, who tells her the good news that she can stay.

But when she arrives on the Street, she overhears Asha telling Aadi that Kelly is not welcome there.

She’s gutted and can’t face the big drama that’ll ensue if she shows her face.

Calling Aadi, Kelly lies that her mum has got room for her after all and hangs up.

With everyone now believing that Kelly is with Laura, nobody is worried about her whereabouts.

Can Kelly survive a life on the streets?