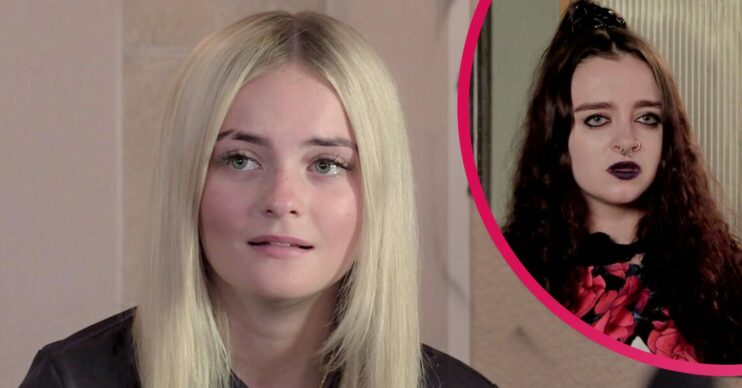 Coronation Street SPOILERS: Kelly in danger – could she go back to prison?

Coronation Street spoilers for next week reveal Kelly in dire straits after getting embroiled with the wrong people following her prison release.

New evidence against Corey has secured her freedom, but Kelly’s life is still in turmoil.

She had hoped to move back in with Toyah and Imran, but when Kelly finds out they’d have to pick between her and little Elsie, she’s heartbroken.

After everything they’ve done for her, Kelly can’t make them choose, so she decides to move into supported living instead.

However, when she arrives, Kelly finds the word ‘murderer’ sprayed on her wall and soon meets some unsavoury characters.

Will they drag her back into trouble?

Kelly is desperate to make amends with Nina and rebuild bridges with her friends in Weatherfield.

But Nina makes it clear from day one that she’ll never forgive Kelly for what she did.

Her reaction is understandable but makes Kelly even more certain she should move out of Toyah and Imran’s place.

They are sad to see her go, especially as it’s Kelly who begs Toyah to give Imran another chance.

She’s pleased to hear they’ve reunited and intend to raise Elsie together as a proper family, but Kelly sadly can’t be any part of that.

Kelly decides to show Nina how sorry she is instead, and Dev gives her some inspiration.

He tells Kelly that Nina is devastated, having lost the ring Seb gave her before he died.

She knows that she can get a replacement in York, so she heads off with Cole from her new digs.

When she arrives back, Kelly excitedly presents Nina with the ring – but the heartbroken girl chucks it back in her face.

Worse still, when Dev later sees a scratch on his car, he blames Kelly, and she’s soon in big trouble again.

Will she be thrown back in prison?

PC Craig Tinker is soon on the scene and quizzes Kelly about her movements that afternoon.

She truthfully tells him she went to York with her friend Cole, but Craig says her alibi doesn’t check out.

Kelly can’t understand and goes to beg Nina and Asha to believe her story.

However, it’s Aadi who stands by her and – after he falls out with Dev – Kelly invites him to crash at her place.

They’ve never been close before, but Kelly and Aadi are pleased to have each other to lean on at this difficult time.

However, they are left terrified when Cole appears to give Kelly a warning about blabbing to the police.

Cole rages at Kelly he was picking up a load of stolen phones during their trip, and now she’s dobbed him in.

Swearing it was an innocent mistake, Kelly begs for forgiveness. But will Cole let her off?