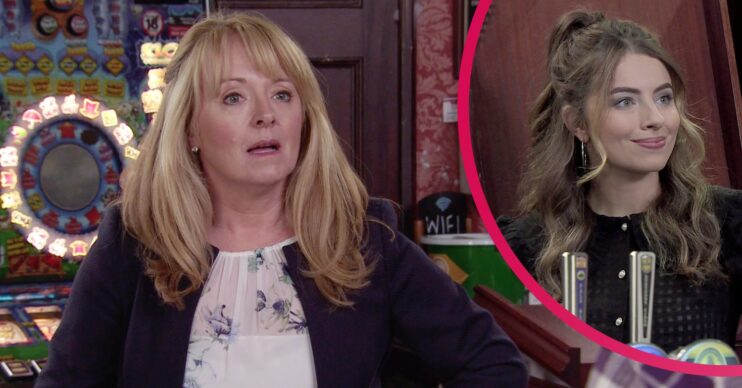 Jenny has had a tough year

Coronation Street spoilers for Christmas time reveal there could be new love for Jenny.

Jenny has had a tough year. After splitting with husband Johnny, she went on to have a brief romance with Leo.

However when Jenny fell into the Platts’ sinkhole, Johnny went down to try and save her.

It looked like there was a chance at them getting back together, but Jenny was devastated when Johnny died.

But could there still be a chance for her and Leo?

In the upcoming scenes on Christmas Day, Jenny congratulates her stepdaughter Daisy on orchestrating such a lovely Christmas.

Later Leo asks Jenny out for a drink but she refuses to commit. Leo masks his hurt and Jenny tells him that he’s too young for her.

However Daisy thinks she’s mad and deserves to have a bit of fun. Will she convince her to give Leo another chance?

Leo invites Jenny to come and watch him play rugby and Jenny apologises to him for blowing hot and cold.

Things seem to be going well with the two, however Daisy is concerned when she catches Jenny putting her make up on at 5am as she doesn’t want Leo to wake up and see her without any on.

As Leo tells her about his new year plans, Jenny’s more aware than ever of their age gap.

Will Jenny and Leo continue their romance or will Jenny be spending new year by herself?

Read more: When is Coronation Street on this week? Has ITV’s schedule changed?

What do you think of these upcoming spoilers? Leave us a comment on our Facebook page @EntertainmentDailyFix and let us know what you think.