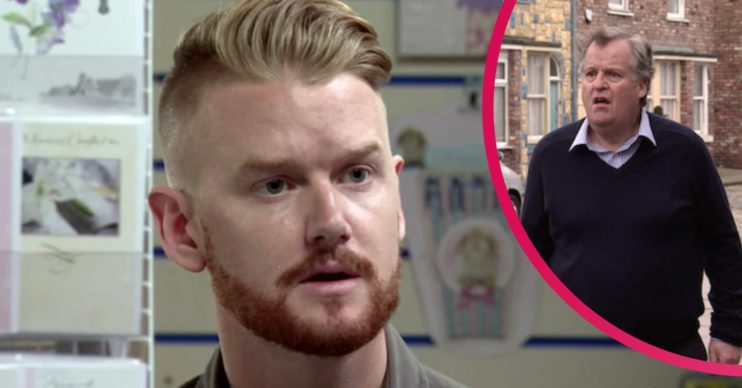 Brian could be getting too close to the truth...

Gary hasn’t been shy about dealing with people who are on to his murderous tendencies in the past. Despite promising fiancée Maria Connor he’s going straight, if something threatens his happiness, he’s bound to fight back.

So when he finds out Brian is planning an expedition to Beacon Woods with his metal detector in next week’s Coronation Street, Gary begins to panic.

Brian happens to mention to Gary he’s read about Roman coins found in Beacon Woods – where Gary and Rick had their final showdown and Rick’s body currently resides.

Gary is rattled when he finds out Brian’s planning to take his metal detector there to see what he can find.

Desperate not to have anyone digging in the woods, Gary suggests there’s no point and Brian shouldn’t go.

Brian doesn’t know why Gary’s so interested in his metal detecting expeditions, but he later spots something that makes him suspicious.

Brian sees Gary putting a shovel in the boot of his car and immediately thinks he’s been conned.

Of course, Gary is planning to go and move Rick’s body, but Brian thinks Gaz wants the Roman treasure for himself and is furious he’s been duped.

Along with accomplice Bernie, Brian follows Gary to the woods, but what will they find when they get there?

Will Gary realise he’s being followed? And what will he do when he finds out?

Could Brian be in danger simply for getting the wrong end of the stick? Will he be Gary’s next victim?

The net closes in on Gary

Brian isn’t the only one tailing Gary next week when Adam Barlow realises things don’t add up.

When Laura tells Adam Gary threatened her and refuses to call Rick, Adam’s suspicions are in overdrive.

Adam tells Imran he’s traced the cash Rick has been sending his ex-wife back to Gary.

Suspecting Rick might be dead, Adam approaches Gary and outright accuses him of killing Rick.

Gary dismisses him, trying to play it cool, but it’s clear he’s rattled.

Is Gary’s secret about to be exposed at last?