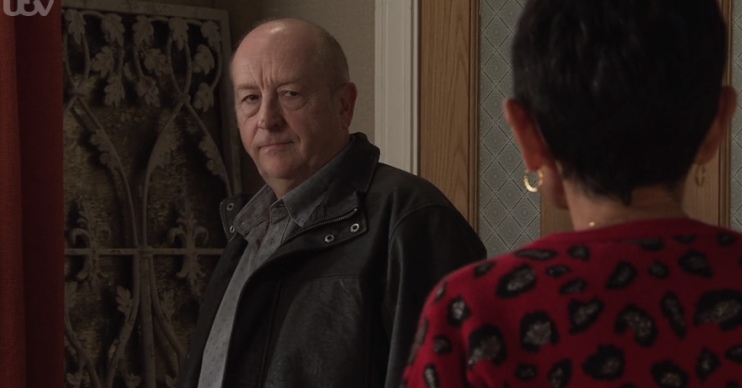 Geoff seems to be losing control when Alya assures her grandmother that her drinking is fine, so Geoff does his best to undermine his wife’s confidence.

Peter asks Yasmeen to join him at the alcoholic support group and, with Geoff’s words playing on her mind, Yasmeen agrees.

Despite his control seemingly growing, Geoff is seething when Michael hires him to perform some magic tricks at Tiana’s birthday party and Yasmeen remarks that he’s a bit rusty.

Later Yasmeen returns from the meeting and she tells Geoff it’s made her realise she doesn’t have an alcohol problem.

Enraged, Geoff opens up a bottle of wine and forces Yasmeen to knock it back.

When Peter calls by to check on Yasmeen, Geoff is soon pulling the wool over his eyes claiming that going to a meeting has made his wife drink again.

Over the last several months, Geoff has been coversively controlling Yasmeen.

He also set up a hidden camera to spy on her, led her to believe he’s ill, has got her constantly cleaning the house and has now got her thinking she’s an alcoholic.

Although friend Cathy grew suspicious of Geoff last week after witnessing Geoff tearing a strip off Yasmeen, she seems to have bought the idea that Yasmeen is drinking too much and Geoff is just trying to help her.

Will anyone start to realise the danger Yasmeen is in?