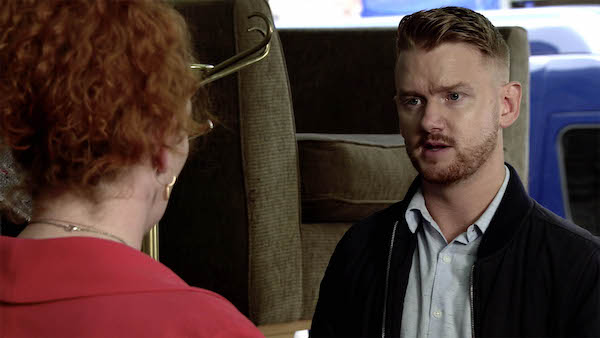 Coronation Street SPOILERS: Gary and Fiz lie to the police about Christmas Day

Fiz and Gary lie to the police about the shooting on Christmas Day in next week’s Coronation Street.

The police call in at No.9 and take Fiz and Tyrone in for questioning about the gun used in the Christmas Day shooting.

Later Gary is taken in by the police and is questioned.

Back on the street, both Fiz and Gary are relieved to hear they both stuck to their story, that the only gun they know of is the antique one in the shop.

However Tyrone is worried and warns Fiz that lying to the police could make matters worse, especially as social services are investigating them.

Will Fiz change her mind and tell the police, or will she stick to her and Gary’s story?

Alongside being questioned by the police, Fiz and Tyrone are stunned when they are paid a visit by a social care provider named Christine, who reveals that various doctors have raised concerns about Hope’s injuries.

They’re told Hope and Tyrone’s daughter Ruby will need to live somewhere else while they conduct their investigation and family friend Kevin Webster offers to have the girls stay at his.

However, later the social worker calls by the house and tells the couple that she has no choice but to put Hope and Ruby in foster care.

Will they be able to get their children back?