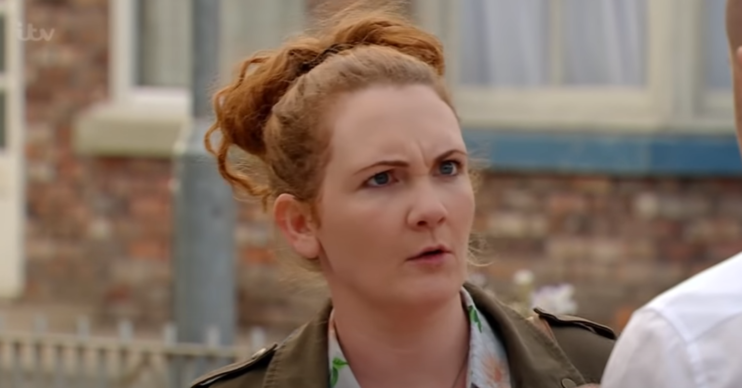 Coronation Street SPOILERS: Fiz makes a shock realisation about her and Tyrone’s relationship

Fiz and Tyrone have already been through a lot

In next week’s Coronation Street, Fiz makes a shock realisation about herself and Tyrone. Could it put their relationship in trouble?

In the upcoming scenes, Fiz returns home and is aghast to find Tyrone asleep in front of the TV in his vest.

As she nags him to tidy up, she realises with horror they are turning into Jack and Vera. Amused by his girlfriend, Tyrone suggests they have a romantic dinner night.

Meanwhile, Chesney tells Fiz that Gemma complains they never talk to each other anymore. Fiz suggests to her brother that he and Gemma have a romantic date night at home, like her and Tyrone.

Listening to her advice, the father-of-five persuades Paul to look after the quads so he can take his fiancée out for dinner.

Gemma’s excited when Chesney tells her to get glammed up and he’s taking her out on a date night.

Tyrone cooks Fiz a steak for dinner but they are astonished when Chesney and Gemma turn up to join them. It seems Chesney misinterpreted Fiz’s advice for an invitation.

Seeing Gemma and Chesney’s crestfallen faces as they go to return home, Fiz and Tyrone take pity and invite them to stay.

Will Fiz and Tyrone ever be able to have a date them for themselves?

Fiz and Tyrone have been through a lot in their seven-year relationship.

Most recently, the pair had to deal with Hope’s half-sister Jade making false accusations. She tried to ruin their relationship by accusing Tyrone of coming on to her.

However, when Hope started to realise her sister was trying to take her away from her mum, she no longer wanted anything to do with her.

Will they be able to have some proper time to themselves?

Do Fiz and Tyrone remind you of Jack and Vera? Leave us a comment on our Facebook page @EntertainmentDailyFix and let us know what you think of this story.