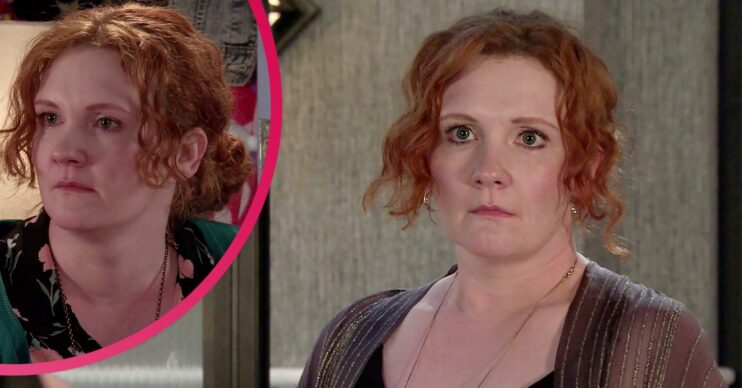 Coronation Street spoilers reveal Fiz is left heartbroken as she’s catfished, but could something good come from it?

Earlier this year Fiz’s fiancé, Tyrone, left her to be with Alina Pop, who is 15 years younger than him.

However it seems Fiz is ready to get back into dating.

In next week’s scenes Fiz is at work in the factory. Beth and Sean urge Fiz to sign up for a dating website and she agrees.

Soon Fiz sees she’s got a reply from a guy called Chris who would like to meet up and she’s excited.

However when Fiz goes to meet up with her date in the Bistro she’s horrified to discover that Chris is a reporter.

Chris explains she is hoping to run a story on aggrieved women who have been dumped for a younger model.

Fiz is furious and upset to find out she’s been catfished. However when Fiz points out how good it will feel to tell the world the truth, she’s torn.

Later in the factory Beth and Kirk grill Fiz about her date, but she refuses to discuss it.

Maria urges Fiz to take Chris up on her offer and do the article as she’ll find it therapeutic.

Fiz agrees to do the article

After thinking about what Maria said, Fiz decides to meet up with Chris once again and agrees to do the article.

Later, having read the article, an angry Alina confronts Fiz. She points out that she never set out to steal Tyrone from her.

Tyrone calls at the furniture store and also confronts Fiz over the article.

At Alina’s suggestion, Tyrone approaches Daniel hoping that he’ll write an article telling their side of the story.

Meanwhile a furniture shop customer, Phill, comes in and suggests to Fiz that they get a drink, leaving her flattered.