Can Abi save Kevin and Debbie in time?

Coronation Street spoilers for next week see Debbie and Kevin on the brink of death, but can Abi save them both before it’s too late?

Also, Leanne lands herself in danger as her grief spirals, and Tyrone suffers a health scare. 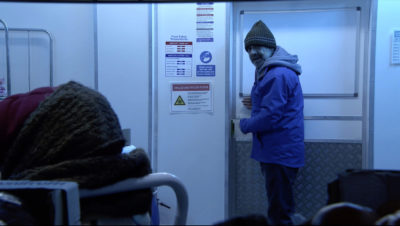 Little does Abi realise, Kevin and Debbie are locked in the fridge at the Bistro.

Kevin hammers on the door hoping to be rescued, but his efforts are in vain. 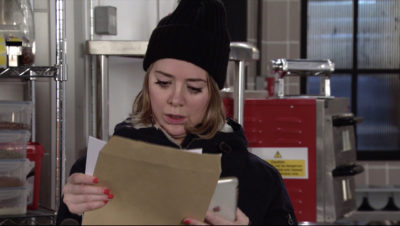 Abi resolves to track Kevin and Debbie down.

She breaks into the Bistro and is shocked to find Ray’s signed contract on the floor.

Meanwhile the police question Ray about Debbie and Kevin’s disappearance. 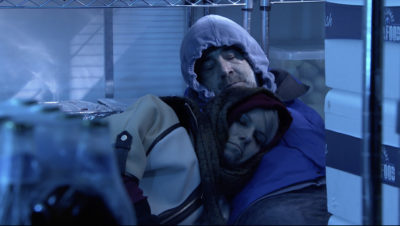 Inside the fridge, Kevin panics when Debbie slips into unconsciousness. 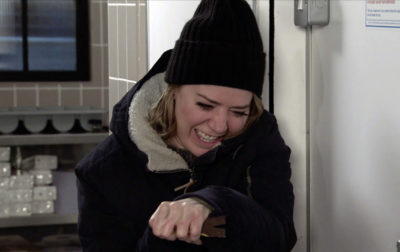 Faye and Abi head back to the Bistro, hoping to find clues on the restaurant computer.

They’re horrified to hear noises coming from the fridge and realise someone is in there.

Abi breaks down the door, but is she too late to save both Kevin and Debbie? 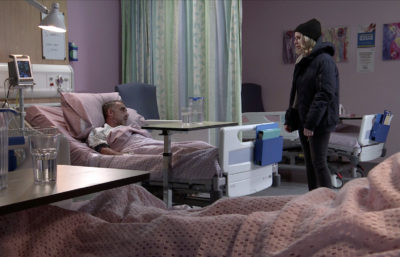 An ambulance is called and Kevin reveals it was Ray who locked them in the fridge.

Overcome with emotion that Kevin is still alive, Abi gets down on one knee and proposes.

Kevin is delighted and accepts. But will Debbie make it out of the drama alive? 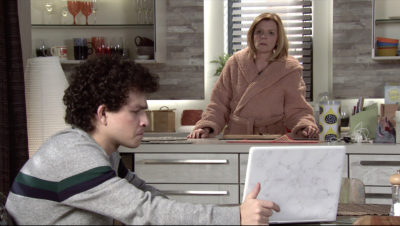 Leanne admits to Simon that her grief over Oliver is getting worse and not better.

Simon is cornered by Jacob who asks him to do another job.

Simon refuses, telling Jacob he will find another way to pay him back.

Jacob isn’t happy and puts a call in to his boss. 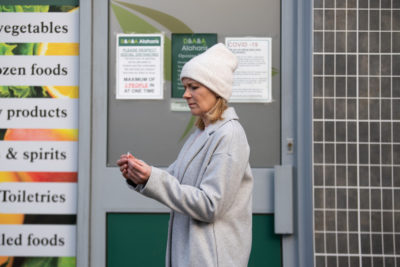 Oblivious to Simon’s turmoil, Leanne finds another feather and thinks it’s a sign from Oliver.

She shows Simon the feather and he is pleased it is making her happy.

But disaster strikes when Leanne drops the feather and chases after it. 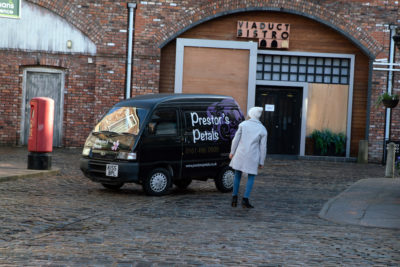 Leanne runs directly into the path of Mary’s van, narrowly avoiding getting run over.

Nick witnesses the whole thing and is concerned by Leanne’s behaviour.

Later Leanne finds a ripped pillow belonging to Simon and realises he has planted the feathers.

Leanne is furious and slaps Simon. 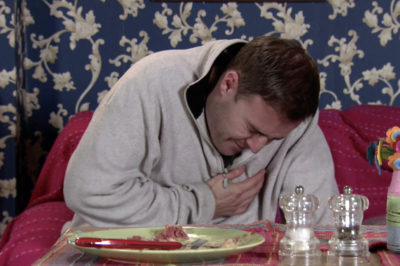 Tyrone and Fiz are arguing about paying back Gary’s money when Tyrone grips his chest in pain.

Thinking Tyrone is having a heart attack, Fiz yells at Evelyn to call an ambulance.

But once he gets to A&E, doctors tell Tyrone he is suffering from heartburn.

A sheepish Tyrone vows to be healthier following his scare, but Fiz laughs at him for joining a yoga class.

4. Johnny gets a diagnosis 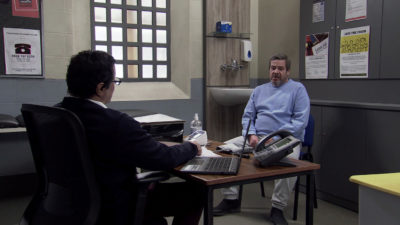 Johnny is told by doctors that he is suffering from Charles Bonnet syndrome.

He is relieved to learn the condition is physical and not mental.

Johnny’s told new medication will stop the hallucinations, but he admits he likes seeing Aidan.