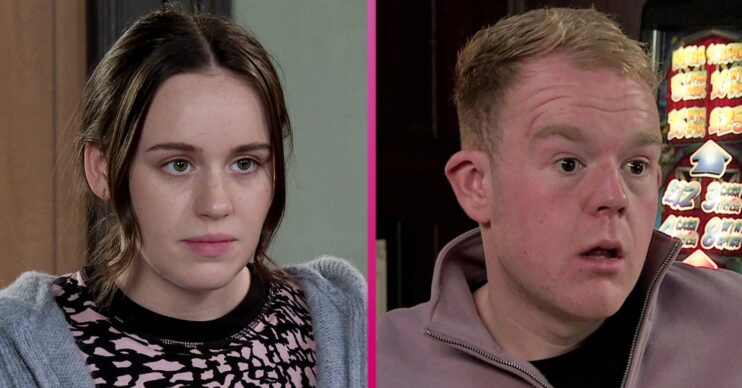 Faye gets some shocking news

Coronation Street spoilers for next week reveal Faye gets some devastating health news.

It’s a soap first for Corrie as Faye finds out she’s going through the menopause at just 20 years old.

Later, Beth encourages Craig to break up with his girlfriend now she in unable to have kids, but will he listen to her?

Read more: Who is in the cast of Coronation Street 2022? Meet the full line up

A few weeks ago, Faye took a pregnancy test which came out positive.

Later she started bleeding and went to the hospital where she learnt that she wasn’t pregnant.

She went for some tests and next week she gets a devastating diagnosis.

In the scenes Faye goes to see Dr Gaddas at the medical centre.

She breaks the news to Faye that she’s suffering from an early menopause and will never be able to have anymore children.

Faye tells Tim the news and then returns home and tells Craig.

Later Craig tells Beth the news and she insensitively suggests Craig should end things with Faye because she can’t have kids.

Craig shares Beth’s comment with Faye, but how will she react?

Does Faye have any children?

Faye has a daughter named Miley, who she gave birth to in 2015.

Faye fell pregnant at the age of 12 after sleeping with classmate Jackson.

She found out she was pregnant seven months into her pregnancy after taking a test.

She kept it a secret and made Craig Tinker keep quiet. Faye and Craig planned for her to give birth in secret but when Faye went into labour, she asked Craig to get her mum Anna.

Faye gave birth to a baby girl who she called Miley.

At first Faye’s family accused Craig of being the father and she eventually revealed Jackson was Miley’s dad.

Jackson denied it, but eventually admitted to his parents that he is Miley’s father.

Faye struggled to adapt to being a mum and agreed Miley could go and live with Jackson and his parents.

They moved to Canada but briefly returned in 2017. However after Faye’s then-boyfriend Seb hit Jackson they returned to Canada and it would appear Faye hasn’t seen her daughter since.

In 2021, Faye thought she was pregnant with Ray Crosby’s baby after he blackmailed her into sleeping with him. However her pregnancy test was negative.