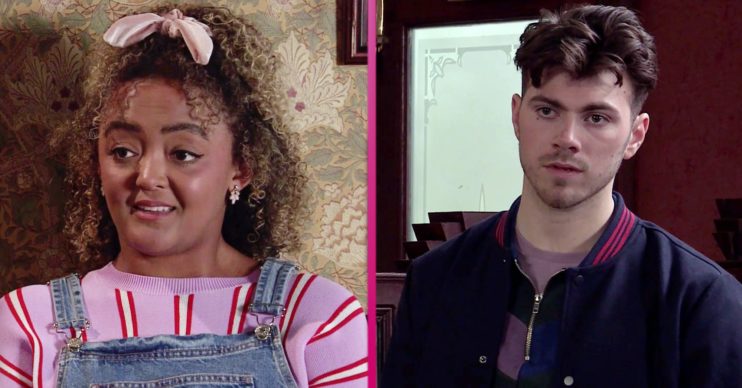 Coronation Street SPOILERS: Emma meets the man of her dreams?

Coronation Street spoilers reveal Emma meets a young man named Curtis. But it looks like Curtis and Steve already know each other.

Coronation Street spoilers: Emma meets the man of her dreams?

In next week’s scenes Emma is delighted when a good looking young man offers to help move some barrels into the cellar.

However Steve is less than pleased to find Emma having a drink with Curtis – the guy who knocked him off his bike causing him to come last in the charity fundraiser.

Later Amy tentatively suggests to Steve that he is becoming a bit obsessed with his fundraising and worries he may be heading for another breakdown.

Steve realises she has a point and tells Emma that from now on, he’s going to spend more time concentrating on his family.

She suggests they do some fundraising together and Steve is touched.

Later Steve tells Emma that he intends to put things right with Curtis. Curtis agrees to meet up with Steve and Steve apologises for his behaviour.

When Curtis reveals he’s got an interview at the Bistro, Steve offers to give him some pointers.

Steve and Emma put Curtis through a mock interview. When Curtis reveals he’s actually training to be a doctor, Emma swoons and even Steve is impressed.

Later an upbeat Curtis calls in at the Rovers and tells Emma and Steve that thanks to their help he’s got the job at the Bistro.

Could this be the start of a new romance for Emma?

Last year, Corrie boss Iain MacLeod confirmed there would be a new love story for Emma.

Speaking to The Sun at the time, he said: “There’s what I think will be a really brilliant storyline for Emma, but I can’t talk about it in a lot of detail without giving it away.