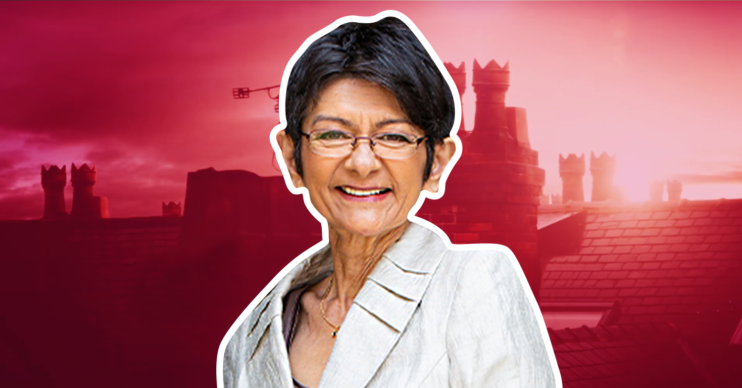 Coronation Street SPOILERS: Elaine to save Yasmeen as she agrees to give evidence?

After suffering a heart attack, Yasmeen wakes up in hospital. Alya explains to her what happened but assures her she’s going to be fine and the trial has been postponed.

Meanwhile in the Kabin, Elaine is sad to learn about Yasmeen’s heart attack and also that Tim believes his dad’s side of the story.

Later, Elaine calls Alya and tells her she is prepared to give evidence against Geoff and do everything she can to help Yasmeen. Alya is overcome with gratitude.

Ruffled Geoff assures Tim that everything the woman is saying is lies.

Tim believes his dad and tells him if he sees her again, he will report her to the police. Secretly Geoff breathes a sigh of relief.

Tim later tells Sally about this woman but she, already doubting Geoff’s innocence, wonders if he is the one lying.

Later, Elaine and Alya meet up in Speed Daal. Alya implores her not to leave as she’s their only hope of securing Yasmeen’s freedom. Elaine is torn. Will she try to help Yasmeen?

In Monday’s episode (Monday, July 22), Elaine explained to Yasmeen that she was abused by Geoff for years.

We don’t know the ins and outs of Geoff’s past (yet!). However we do know he was previously married to a woman named Tessa, who is Tim’s mum.

We also know he was once arrested for affray after an argument with another former girlfriend.

But Geoff claims he was abused by a lot of his previous partners. Meanwhile, his son Tim continues to believe Geoff is the victim.

Will Tim ever see his dad’s true colours? Will Elaine be the one to help free Yasmeen?