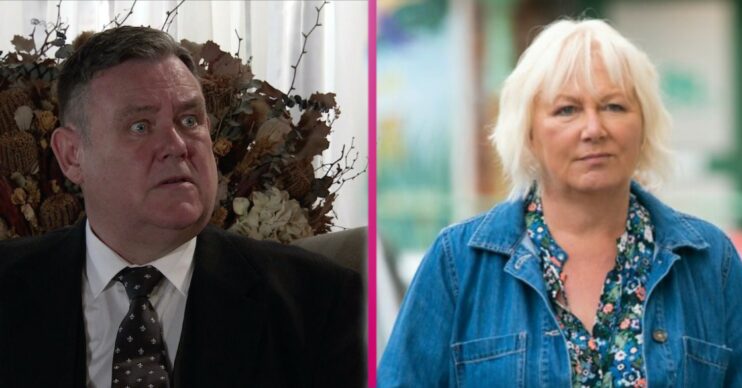 She'll discover Pat Phelan is back

There’s horror for Eileen in next week’s Coronation Street spoilers when George confesses his dark secret.

All hell will break loose when the mortified undertaker finally tells Eileen the truth about her late husband, Pat Phelan.

Viewers know that George and Todd have been desperately trying to conceal that these are Phelan’s remains.

But when George feels compelled to own up, how will Eileen react?

Eileen has taken it upon herself to give ‘Patsy Freeman’ a proper send-off.

Todd lied that the ashes belonged to a little old lady who had no loved ones to bury her.

But when George hears the eulogy that caring Eileen has written for the funeral, he’s moved to be honest.

Feeling terrible, he blurts out that the ashes don’t belong to ‘Patsy’ but are the ashes of her serial killer ex, Phelan.

For Eileen, it’s a terrible shock as the truth sinks in and she rushes out.

She doesn’t want to see either George or Todd, and the worried undertaker believes it’s curtains for their burgeoning relationship.

Following the funeral debacle, George is desperate to make amends.

He asks Eileen how she wants him to dispose of Phelan and then gladly carries out her wishes.

Read more: Eileen Grimshaw in Coronation Street: How many times has she been married?

When he returns to Coronation Street, George approaches Eileen to offer more apologies.

He asks her to forgive him for trying to spare her feelings and getting it so wrong.

But when George asks Eileen if she’d consider giving things another go, what will she say? 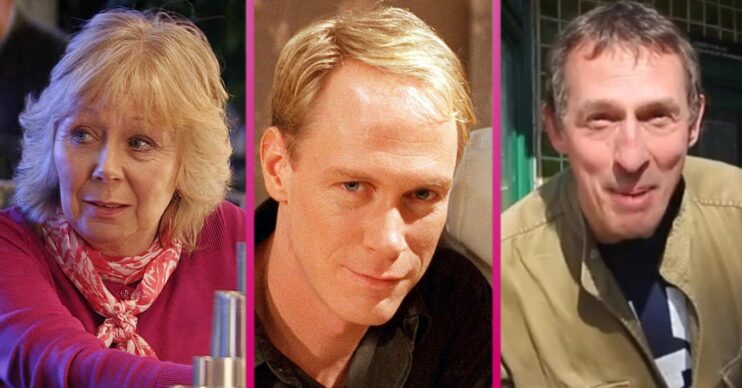