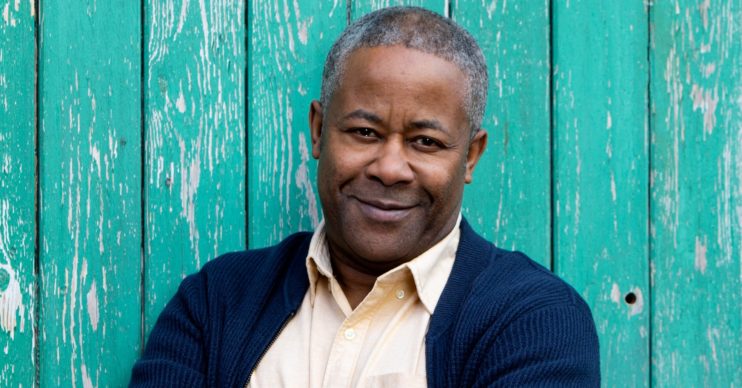 The episode was originally meant to air on Stephen Lawrence Day

In next week’s Coronation Street, Ed will find himself on the receiving end of racist abuse.

Since moving onto the Street last year, the Bailey family have faced some challenges. But soon they finds themselves receiving vile, racist comments from new Bistro manager Don.

In upcoming episodes, the Bistro reopening party gets underway, but Don continues to make racist remarks in front of the Bailey family.

However, Ed has had enough and begins to challenge him on his behaviour.

Ed explains he’s suffered racist abuse his whole life. But he won’t give up the fight to put a stop to it.

Later, Michael sees his daughter Tianna. He tells her that he will do everything he can to make the world a better place for her.

As Grace watches on, could this be the start of a thawing between her and Michael?

Stephen Lawrence was only 18 when he was murdered in a racially motivated attack in 1993. He was attacked at a bus stop in Eltham, south-east London.

Since his death, Stephen’s mother Baroness Doreen Lawrence has campaigned tirelessly for justice.

It was recently revealed that Coronation Street has teamed up with Baroness Lawrence. The storyline will shine a light on the damaging effects of racial abuse.

It is a huge privilege to have someone of the standing of Baroness Lawrence consult with us on this episode.

Originally, the episode, which shows Ed standing up to Dom over his racist remarks, was due to air on Stephen Lawrence day (April 22). But due to the coronavirus, episodes were cut. This means the episode will now air next week.

Corrie researchers and writers consulted Baroness Lawrence about the episodes. The Baroness acted as a script advisor for the storyline.

Iain MacLeod on the storyline

Speaking about the storyline, Corrie boss Iain MacLeod said: “It is a huge privilege to have someone of the standing of Baroness Lawrence consult with us on this episode.

“I really believe that her input, and the contributions of the cast playing the Bailey family as we workshopped the scripts, have resulted in an episode with real weight and authenticity.”

The storyline will focus on the generational divide about attitudes towards racism. We will also see Ed reevaluate his attitude about James’ homosexuality.

Will you be watching next week’s Corrie?