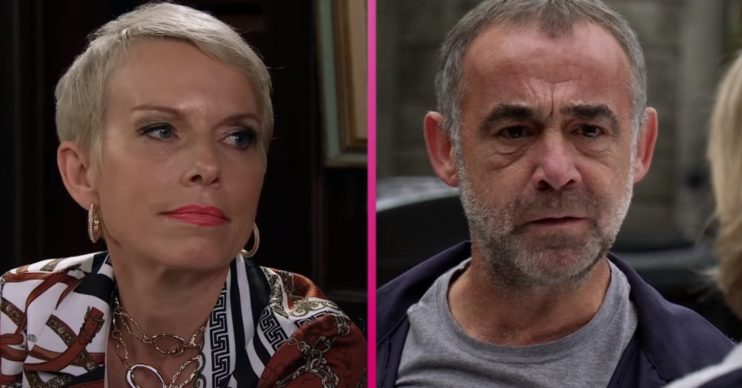 Coronation Street spoilers reveal Debbie Webster is returning to the cobbles next week!

This week Abi finds herself injured after an accident in the garage. But it looks like there could be more drama when Kevin’s sister comes back to Weatherfield.

As Kevin heads off to work, he leaves Abi relaxing on the sofa at home and she knocks back a slug just as Peter arrives. She stuffs it down the side of the sofa and insists to Peter she didn’t take any medication from the hospital.

Peter is seemingly satisfied and leaves but former addict Abi is furious when she realises the morphine is gone.

Abi heads to the Rovers and confronts Peter in the backyard. What will he say?

Later Peter calls in at No.11 and tells Abi she needs to get help.

But Carla is suspicious when Peter lies about going to meet Abi and when she finds out he’s helping her with her addiction, Carla warns him to be careful as it wasn’t long ago Abi had feelings for him.

Coronation Street: Debbie is back

Meanwhile Kevin’s sister Debbie arrives with a large suitcase and warns Abi not to mess her brother about. Abi assures her she wouldn’t dream of it.

Later Abi calls Peter and assures him that she will attend the meeting later.

As Kevin and Debbie come in, she quickly ends the call. Debbie offers to cook lunch suggesting to Abi they should get to know each other better and Abi has little choice to accept.

But when Abi disappears as soon as they’ve eaten, Debbie is suspicious.

Will Abi tell Kevin and Debbie what she’s going through?

Actress Sue Devaney, who plays Debbie, made a brief return to the cobbles last year after 34 years away.

“I was chuffed to come back last year. They invited me back and I did six episodes last year.

“I was doing a musical Calendar Girls on tour and they just fitted me in for six episodes. And then Mike Le Vell who plays Kevin Webster said ‘would you come back here?’ and I said ‘I would love to Mike.’