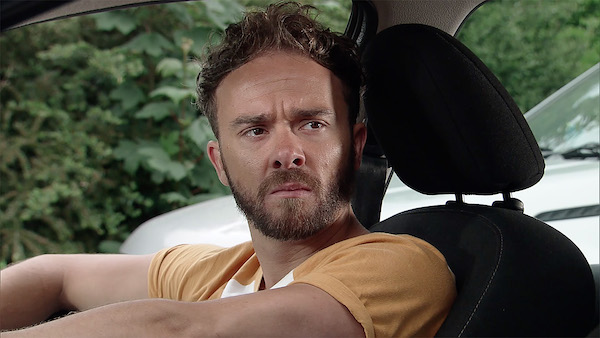 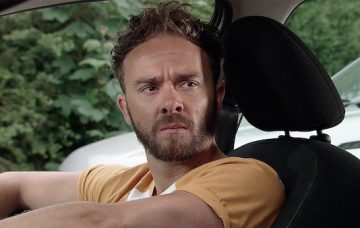 He's struggling to hold things together...

There’s danger lurking for the Platt family in next week’s Coronation Street when shattered David crashes his car into a skip as he struggles to juggle family life whilst caring for Shona.

With the kids in the vehicle as shattered David drifts off at the wheel, will they all survive the horror smash?

Since Shona ended up in a coma on Christmas Day after being shot by Derek Milligan, David has been burning the candle at both ends as he tries to look after his family at the same time as travelling to Leeds to visit his wife.

Not only has David recently had to ship his eldest child Max off to his grandma’s part-time as David spends more and more time looking after Shona, but he has also found things becoming increasingly more tricky since Shona was moved to the specialist unit.

But while Shona recovers from her injuries she is still struggling to place her family and doesn’t recognise anyone, leaving David heartbroken.

But next week sees David’s problems take a sinister turn when he gets home from a long visit to see Shona, only to realise there is a school play on and he needs to get the kids to school.

He loads Lily and Max inside the car, and a shattered David sets off. But he struggles to keep his eyes open as he drives and soon crashes into a skip.

As Max, Lily and David extract themselves from the car they’re thankfully safe but shaken up. And David knows it could have been so much worse and he was risking his own life as well as his kids driving in the state he was in.

However, David is devastated to learn from Kevin that the car is a write off and he starts to panic about how he is going to make it to Leeds to see Shona now he doesn’t have any transport.

Determined not to let the small matter of not having a car get in his way, David gets the train to Leeds.

But after a long and arduous journey his world is shattered when the doctor breaks it to him gently that Shona doesn’t want him to visit her any more.

Maria later finds David down in the dumps in Victoria Garden and he explains that after his long journey to Leeds, Shona refused to see him and he doesn’t know what else to do.

Maria takes pity on David and offers him her car, but will David accept this huge gesture of friendship?

How do you think David will cope without Shona? Leave us a comment on our Facebook page @EntertainmentDailyFix and let us know what you think!