Coronation Street favourite David Platt finds his life on the line when a gang mug him at knifepoint.

Just when David doesn't think life can get much worse, next week's Coronation Street sees him attacked in broad daylight while he is out drinking his worries away. 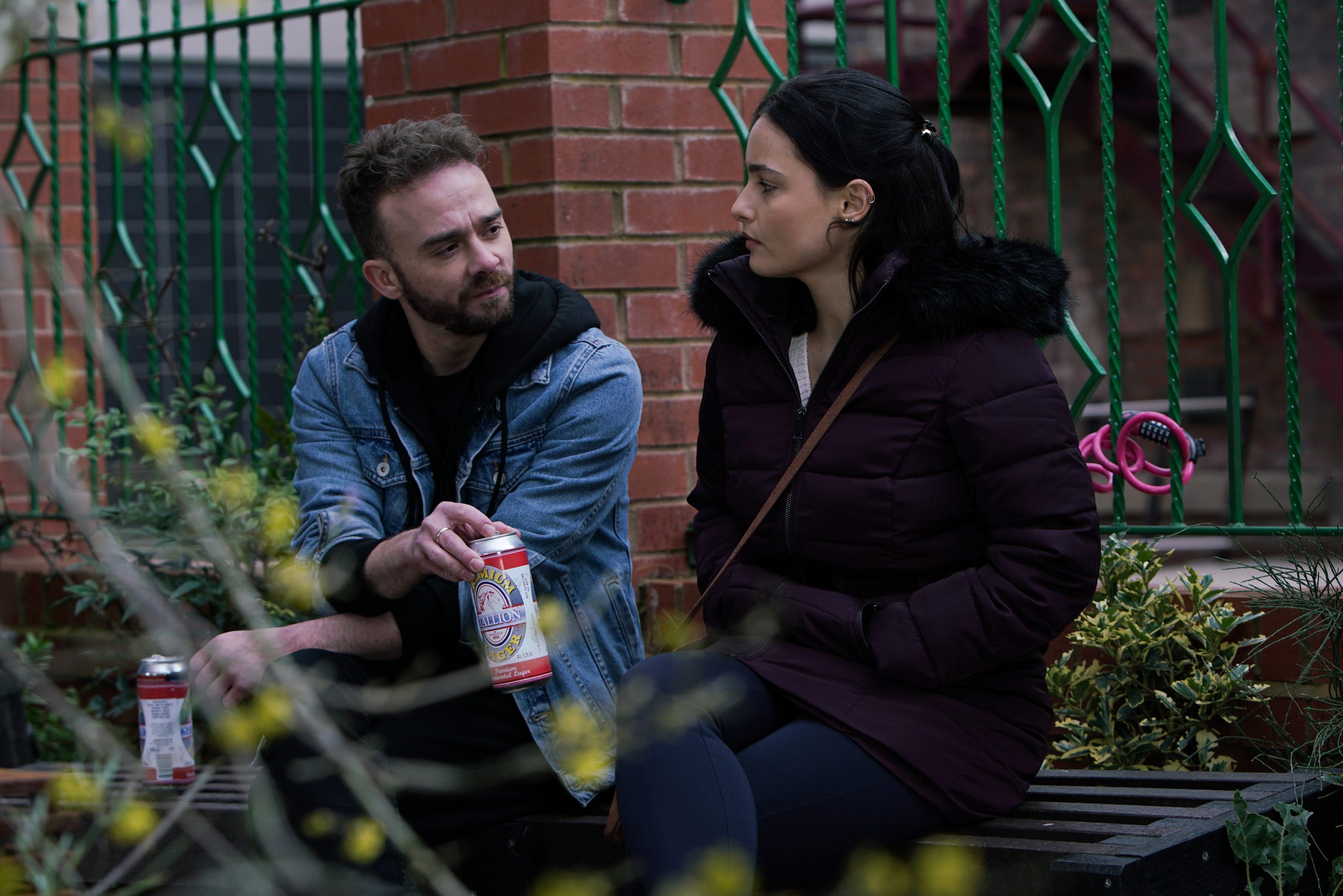 David and Alina discover they have got a connection this week (Credit: ITV)

Shona, David's wife, is in a coma after a shock Christmas Day shooting.

David was devastated when she finally woke up but couldn't remember anything about her life before the incident.

The barber was left heartbroken when Shona announced that she wanted a divorce, and this week sees him going on a downward spiral.

After drinking in the daytime and hitting on Alina Pop, it seems David is determined to forget his broken marriage and bury his head in the sand. 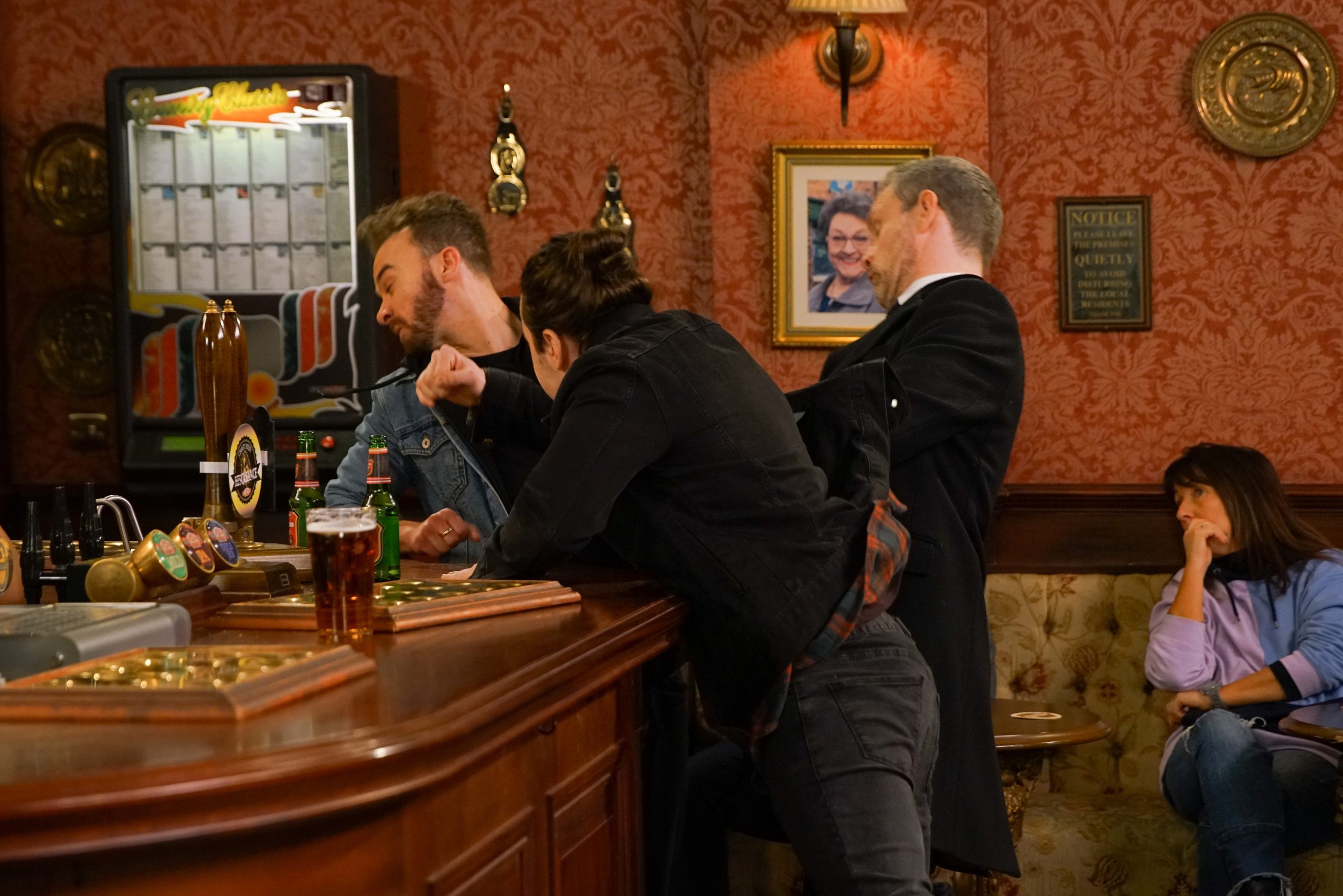 However, Gail is set to find out that David has been seeing Alina. She tears strips off her son, reminding him that he is still a married man.

But David doesn't take too kindly to being told what to do and he storms out of the house.

Before long David finds himself wandering the streets in a drunken state.

Suddenly two muggers come out of nowhere and attack him. 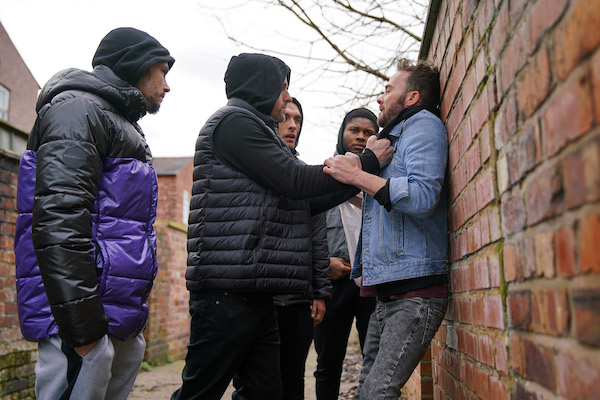 David is shocked when a gang attack him next week (Credit: ITV)

As a gang pull him into an alleyway, David quickly sobers up when he sees one of the attackers has got a knife. But luckily for David, he manages to break free from their grasp and makes a run for it.

As he races to safety, David managed to escape the gang by hiding in a fire escape. But when he finally makes it home, thankfully in one piece, he doesn't tell Gail or Nick what happened.

Later in the week, David finds Alina and apologises for using her. They both agree that they need a fresh start. 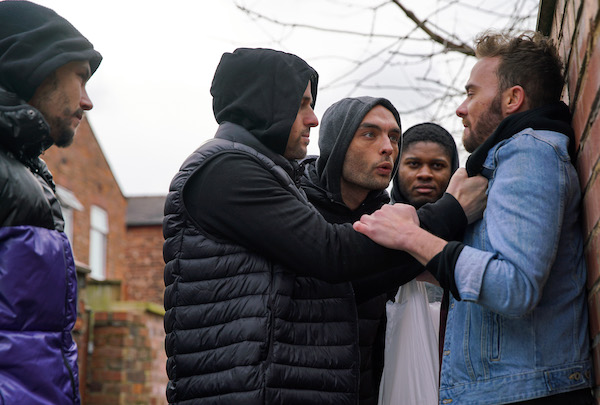 Is this the wakeup call that David needs to get his life back on track? (Credit: ITV)

But is this a turning point for David, and he is finally going to get his life back on track?

Would you like to see David and Shona stay together? Leave us a comment on our Facebook page @EntertainmentDailyFix and let us know what you think! 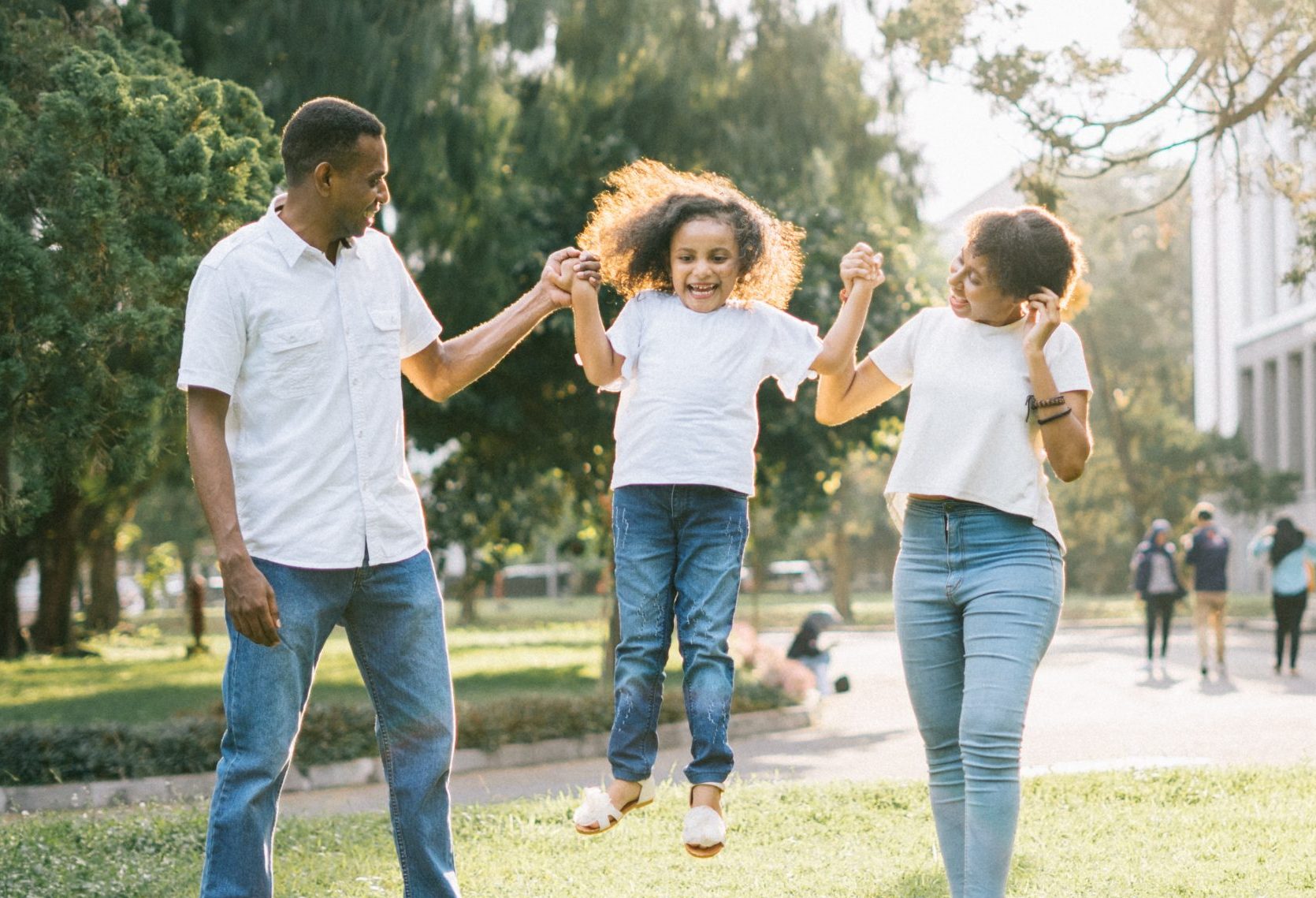 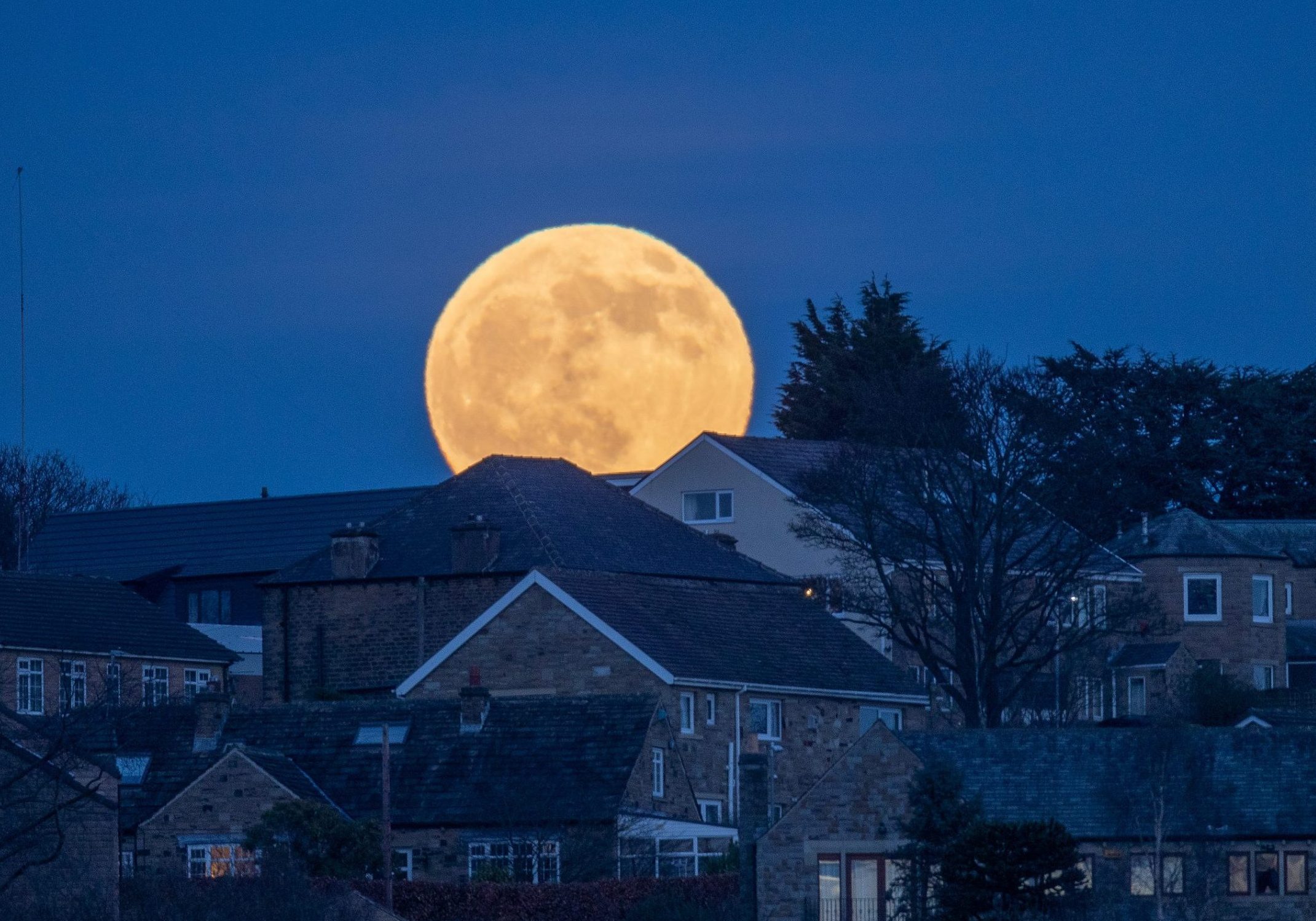 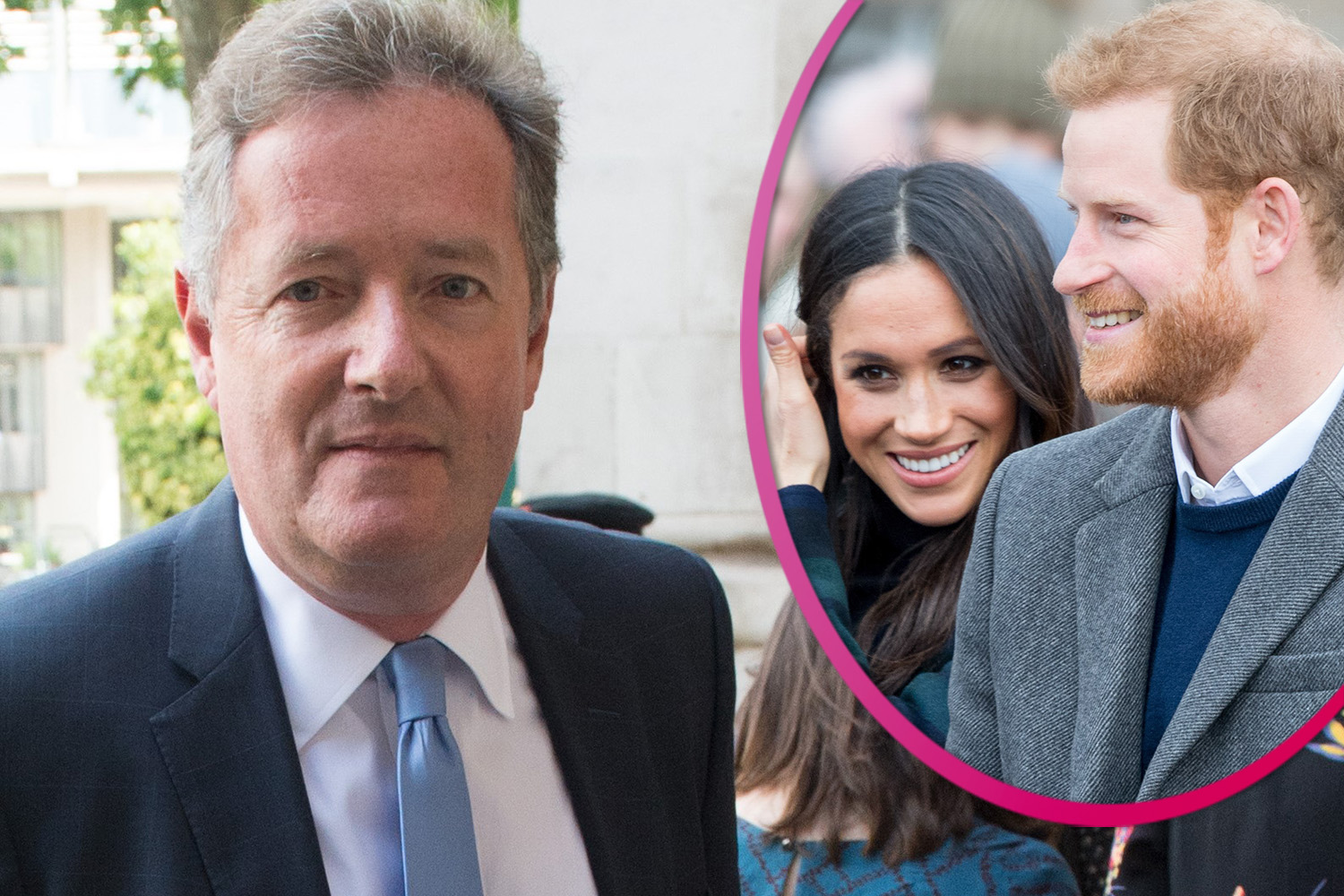 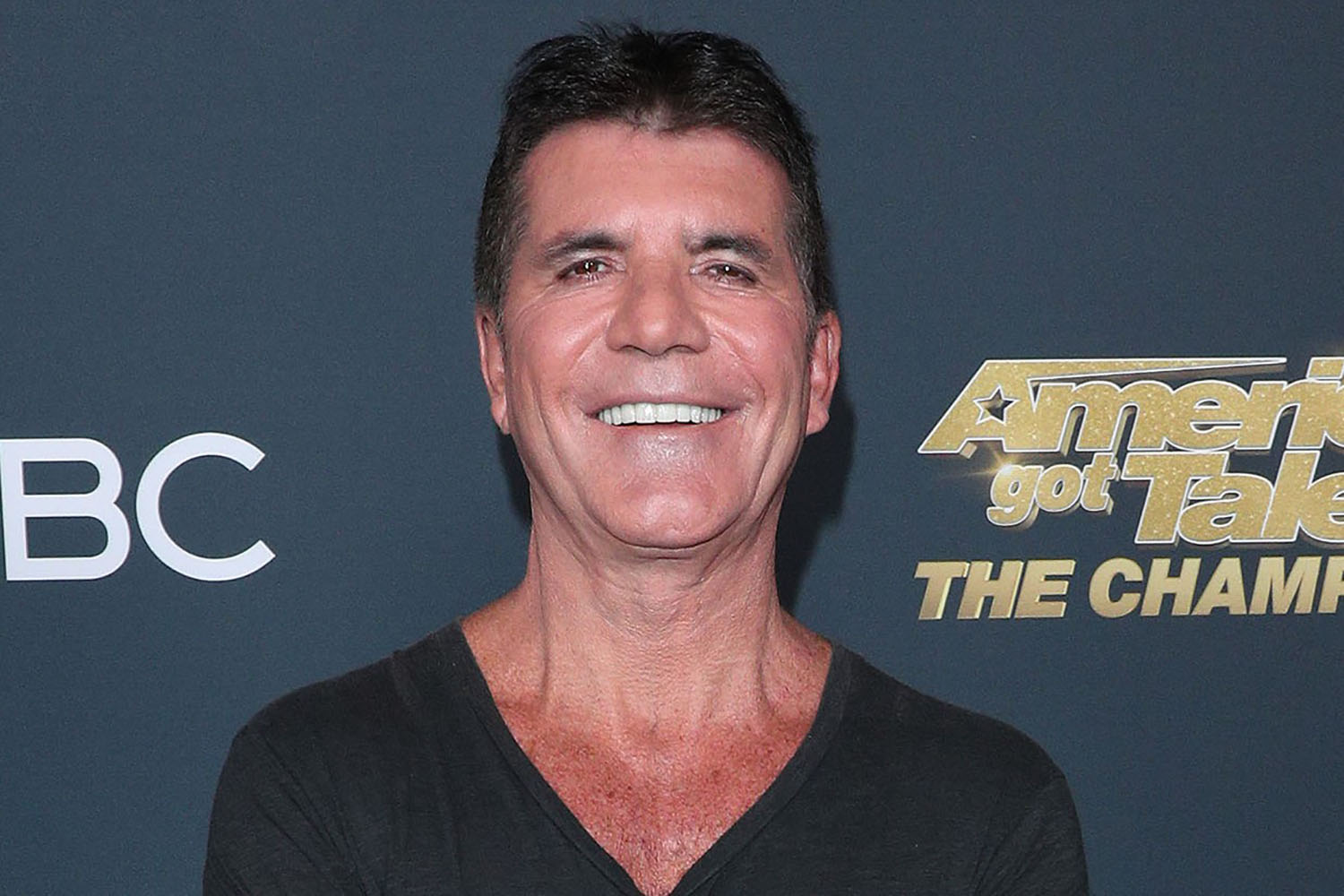