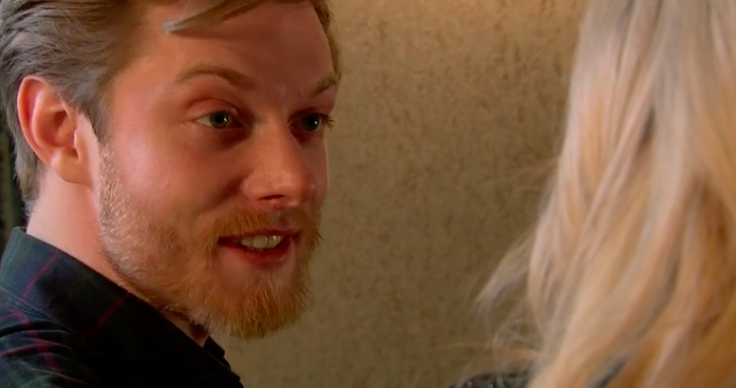 Daniel's moving on from Sinead

The single dad got the know newcomer Nicky at Adam’s legal networking drinks and the pair hit it off.

Daniel told his new friend how hard it was raising a child and how he missed the adult company.

And when Nicky suggested to Daniel that they take themselves somewhere private, he accepted.

But he was horrified on Friday night (June 19) when he thought they were about to spend the night together – and she went through her price list first.

Shocked, Daniel ran off before thrusting a handful of notes at Nicky and telling her he didn’t need a receipt.

However – Daniel will soon have a change of heart.

A spoiler video for next week’s episodes shows Daniel meeting Nicky in an expensive hotel room for a romp.

And he’s going to try and cover it up.

Daniel feels guilty about his night with Nicky and lies to Adam that they went their separate ways.

However Adam becomes concerned when he hears Daniel was buying strong lager in the corner shop.

Meanwhile, the former Bistro worker heads to the hotel where he meets with Nicky.

Clearly on edge he tells her meeting up was a mistake and he shouldn’t have called her. But he soon opens up about Sinead.

He tells Nicky how much he loved his wife and how much he misses her, and how lonely his life has become and one thing leads to a cash payment.

Viewers know Daniel spent weeks in a grief retreat in Scotland in an effort to deal with his loneliness.

He’d caused hell when he rebounded from Sinead’s death with Bethany Platt – and she ran off to London to escape.

But with Sinead’s videos playing a part in Daniel’s day to day life, will he ever be able to move on?

Actress Kimberly Hart-Simpson plays Nicky and has revealed how she had worked for a decade to join the soap full time.

She said on BBC Radio: “I love other soaps and love other TV programmes, but it’s just in my blood and if you snapped me in half, I’d say Corrie no doubt.

“What they do for women on that programme is just incredible.”