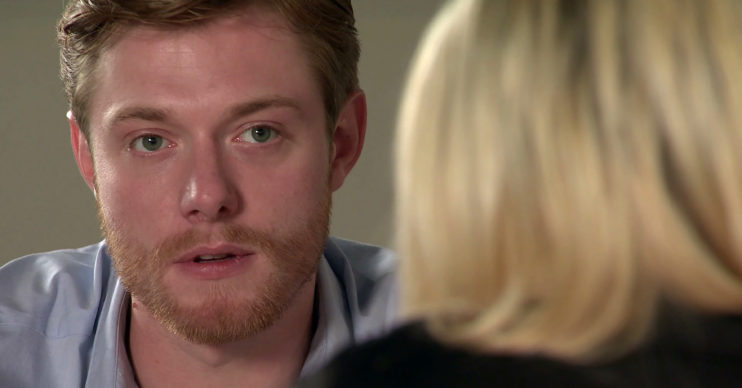 Coronation Street SPOILERS: Daniel puts himself in danger for Nicky

But is he making a grave mistake?

If there’s one person in Weatherfield you really don’t want to make an enemy of it’s evil Geoff.

However, that’s exactly what Daniel does, and it’s all in the name of romance.

Despite telling Kirk and Adam – and himself for that matter – that sex worker Nicky is just a friend, Daniel is still growing closer to her next week.

The pair of them get on like a house on fire as they talk about Nicky getting a new job at her aunty’s B&B over lunch.

But it’s not just Daniel who is developing feelings, because Nicky is clearly smitten too and she soon leans in for a kiss.

However, later when Daniel drops Nicky at the tram stop before bumping into Kirk, it seems he is still in denial.

When Kirk admits Beth is worried about Daniel moving on with someone else and replacing Sinead, Daniel is quick to tell him that he’s not about to shack up with a meaningless sex worker.

However, it is clear Daniel is lying.

And, when Adam confronts him about Nicky, he’s shocked when Daniel admits they slept together.

When Daniel asks Nicky if they can have a proper relationship it appears he is determined to save her from a life of vice.

But Adam is adamant he’s making a big mistake and tries to warn him away from Nicky.

However Adam’s words fall on deaf ears and soon Daniel’s going to great lengths to help the woman he’s fallen for.

When Geoff visits Adam to talk about Yasmeen’s case, Daniel lays into him about taking advantage of vulnerable sex workers.

As he makes a hasty exit, Geoff accidentally leaves behind an envelope stuffed with cash, but when he later returns, it is missing.

However, it’s soon revealed what happened to the money when Daniel visits Nicky after she ends up in hospital.

When she tells Daniel she’s feeling better and plans to return to work, Nicky’s stunned when he hands her Geoff’s envelope of cash.

Will she take it and use the money to make a fresh start?

And what will happen if Geoff finds out what happened to his money?