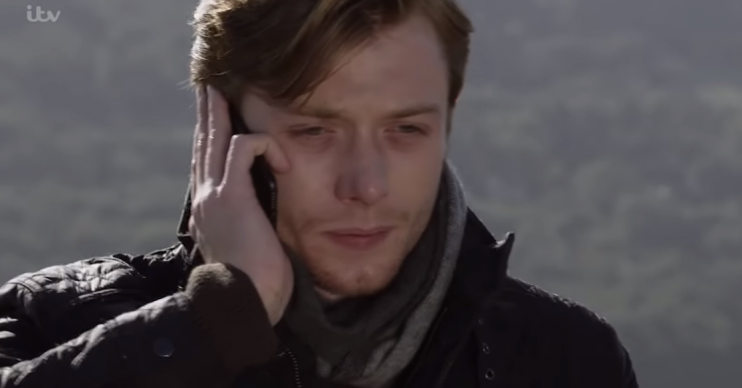 Coronation Street SPOILERS: Daniel has one last message from Sinead

Sinead gets in touch from beyond the grave

Daniel Osbourne is treated to a message from beyond the grave in next week’s Coronation Street when late wife Sinead Tinker gets in touch via the videos she recorded shortly before she died.

The last few weeks have been the hardest Daniel has ever had to face.

First he lost his beloved wife when she finally lost her long and brave battle with cancer, then he was kicked while he was down when his flat was broken into and the laptop containing all the videos from Sinead was stolen.

But things are finally starting to look up for the grieving dad next week when Craig Tinker comes to see him to return the stolen laptop that was retrieved from Kel’s flat along with all sorts of other incriminating evidence.

However, once he has finally got the laptop back in his hands, Daniel finds he can’t bring himself to watch the videos, and puts off having his last ‘conversation’ with his wife.

Eventually Adam offers to have Bertie while Daniel watches the videos and it is an emotional moment when Daniel sees Sinead on the screen once again.

But it is hard for Daniel to come face to face with Sinead again, and it’s a stark reminder of what he has lost since her death.

Chesney and Ken both try and support Daniel, but he is quick to try and get rid of them so he can get back to Sinead’s last messages, desperate to be alone with his wife once again.

But despite the fact Daniel clearly wants to be left alone, Ken fails to take the hint and sets about making them both a sandwich, infuriating Daniel beyond despair.

However, the more Daniel watches the videos, the more fixated he becomes with them, and when Adam asks him to come out for the evening, Daniel refuses and tells him he would rather stay at home with Sinead’s videos.

Could it be that reconnecting with Sinead is going to send Daniel backwards on his grieving process?

Or will seeing his late wife once again help him slowly come to terms with what has happened?

Are you pleased to see things are finally looking up for Daniel? Leave us a comment on our Facebook page @EntertainmentDailyFix and let us know what you think!