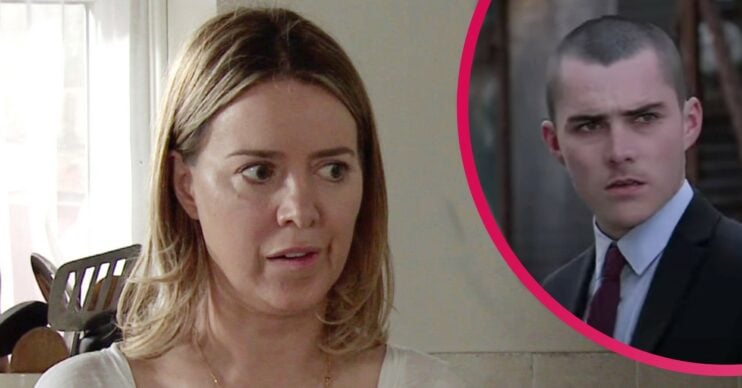 Coronation Street SPOILERS: Corey to get away with murder as Jack makes a huge blunder?

Abi is furious at the leak

Coronation Street spoilers for next week reveal Corey could get away with murder after a huge blunder from Jack.

Elsewhere, there’s trouble for Maria and Liam, and Fiz and Tyrone.

A worried Abi tells Kevin she’s heard whispers that Tommy Orpington will be a character witness for Corey.

Sabeen calls on Imran and suggests they ask the court to take account of Kelly and Corey’s ages during the trial as it could benefit them both.

Sally, however, assures Jack that Tommy wouldn’t support Corey if he knew the truth.

Abi’s liaison officer Alison talks to Kevin about the trial next week who scoffs at Kelly and Corey having their identities protected.

But Toyah is shocked when Simon reveals that Corey’s identity has been leaked online on a Tommy Orpington fansite.

Abi is furious at the leak

Abi is furious that Corey’s identity is out there online and may jeopardise the trial.

Meanwhile the police call to speak to Jack about the online posts.

Toyah is then dismayed to discover that is exactly what he is doing.

Imran vows that, no matter how unpopular it makes him, he will stop at nothing to win.

What else is happening in Corrie next week?

Elsewhere, Tyrone is guilt-ridden about his feelings for Fiz and the pair are awkward around each other as they meet the youth justice officer.

Emma sees Tyrone and Fiz deep in discussion and is suspicious.

Meanwhile, as Liam and Jack play football in the street, Sally collars an indifferent Maria about the parking campaign.

Subsequently, the ambulance arrives for Liam but is unable to turn onto the street due to double-parked cars.

Maria’s beside herself as her son fights for breath.