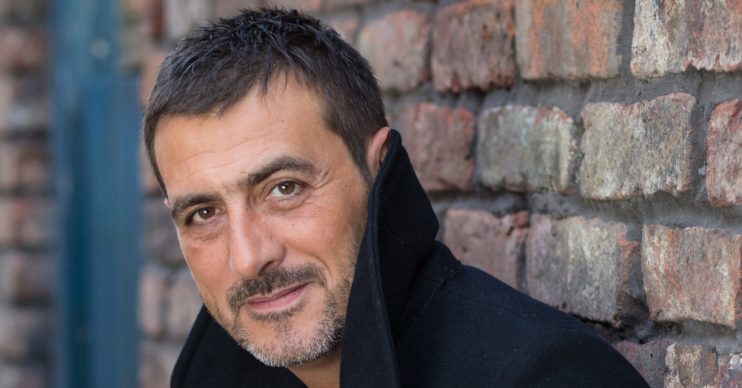 Would Peter go to extreme lengths to protect the woman he loves?

In next week’s Coronation Street, Carla accuses Peter of acting violently towards Jordan and Chelsey. But did he do it?

After learning Jordan and Chelsey have been assaulted, Carla confronts Peter.

In preview pictures, she accuses him of acting violently, but he denies any involvement leaving Carla perplexed.

Did he do it, or was someone else behind the assault?

In this week’s episodes, as Chelsey confronts Carla in the pub toilets, the temporary pub landlady insists she has no idea who Chelsey is.

But Chelsey reminds Carla she stayed in her squat whilst she was sleeping rough last year. She tells Carla she wants a grand or she will tell Peter what she got up to.

Later, Carla finds her lurking in the backyard and offers to buy her breakfast. But Chelsey soon returns with a man named Jordan.

Jordan tells the former businesswoman that he runs the squat and she better pay up for the drugs she destroyed.

When Peter finds Carla and this stranger in the back room, he demands to know what’s going on.

Carla tries her best to cover saying that Jordan was enquiring about a room and Peter escorts him out.

Unable to hide the truth, she tells Peter that Jordan and Chelsey are trying to blackmail her.

When the two show up at the Rovers once again, Carla decides to face up to them. However, Scott escorts them out of the pub.

Peter later returns home and there is a news report on the radio about a serious assault of a man and woman on a local estate. Not wanting Carla to hear, Peter turns off the radio.

Did he have something to do with the assault?

Do you think Peter would do that? Leave us a comment on our Facebook page @EntertainmentDailyFix and let us know what you think!