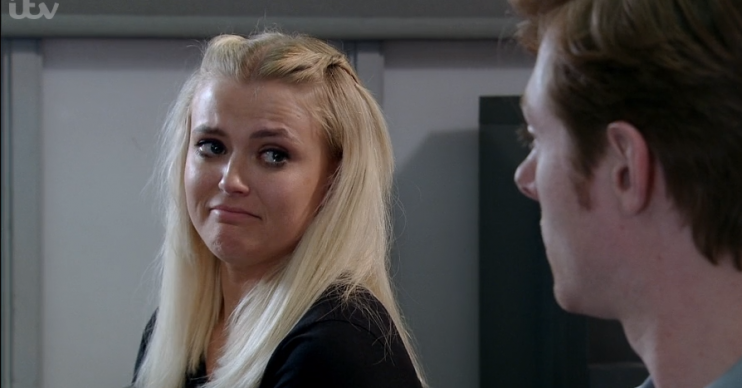 It looks as though Bethany Platt faces being sleazy Ray Crosby’s next victim in Coronation Street as actors Lucy Fallon and Mark Frost have been spotted filming together.

Earlier this year, Michelle Connor was horrified when her boss at the time, Ray, propositioned her when she was alone in a hotel room with him.

Since the incident, Michelle has stopped working for Ray and he has hired Alya Nazir, but is it Bethany who’s in danger from the businessman?

In pictures obtained by The Sun, the cast have been spotted filming as Bethany goes to meet Ray at a five-star hotel with Alya.

The three actors were then seen leaving with smiles on their faces.

Since Michelle left her job with Ray, he has continued to harass her.

After signing a contract with Ray so she didn’t have to work her notice period, Michelle discovered Ray hired Alya to fill her position and warned her what he was like.

But when Alya questioned Ray on what Michelle had said to her, he told Michelle he would sue her for defamation of character.

However, Alya has continued to work for Ray and Michelle’s warnings have fallen on deaf ears.

But will she and Bethany find themselves in a horrible situation?

Viewers know Bethany was groomed by Nathan Curtis, who had her believing they were in a loving relationship when he was really taking money from his friends to have sex with her.

Nathan, along with his friends, eventually went to prison for his crimes.

Will Bethany find herself in more danger?