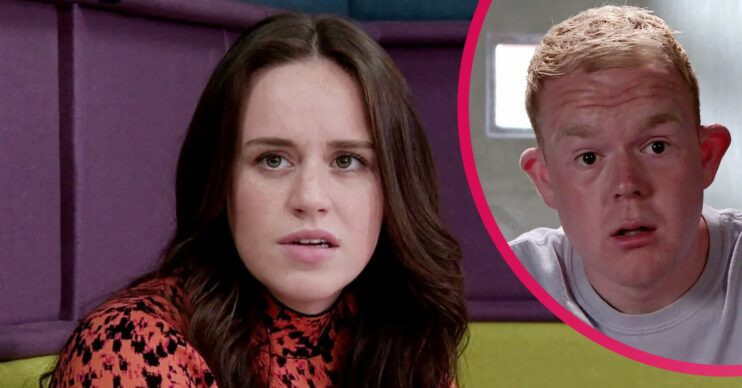 Tonight’s episode (Wednesday April 6) delivered a shock blow to Faye that she was never actually pregnant.

So she throws herself head-first into getting herself in the family way, with little regard for Craig and how he’s feeling.

What will happen when she discovers they might not be on the same page?

Read more: Who is in the cast of Channel 5 drama Deadline and where is it filmed?

Did Faye lose the baby in Coronation Street?

After Faye and Emma confessed everything to Jon about killing Ted, the stress was clearly affecting Faye. She was feeling poorly tonight so Craig whisked her to the hospital to check on their child.

The midwife ran some tests and the pair anxiously awaited news of their baby.

But it was a shock when she revealed there was no baby. Faye questioned if she’d had a miscarriage, but was told there was no evidence of a pregnancy at all.

She was understandably devastated, but tried to come to terms with the news.

Next week Faye is channeling her hurt into plans for a new child.

She downloads a fertility app and pushes full steam ahead with baby-making with Craig.

Craig isn’t as keen, but Faye is so focused she can’t see it.

Craig confides in Beth that although Faye is desperate to start a family, he feels it’s too soon for them. He wants to throw himself into his career for a while first.

He doesn’t have the heart to confess to Faye though, so is just going along with her plans.

Beth has other ideas and decides to take matters into her own hands.

She reveals to Faye that Craig does not want to have a baby as he’s not ready.

How will she deal with this latest upset?

Faye has proven herself to be rather devious – could her desire for a baby push her to get pregnant without Craig’s knowledge?

What is wrong with Faye?

The midwife urged Faye to see her GP about her irregular periods and why the pregnancy test gave her a false positive.

Although she assured her it was “probably nothing” she felt it was worth getting checked out.

Is there something wrong with Faye?

The youngster brushed it off as stress, but is something more sinister going on?

Could Faye be facing a serious health battle?