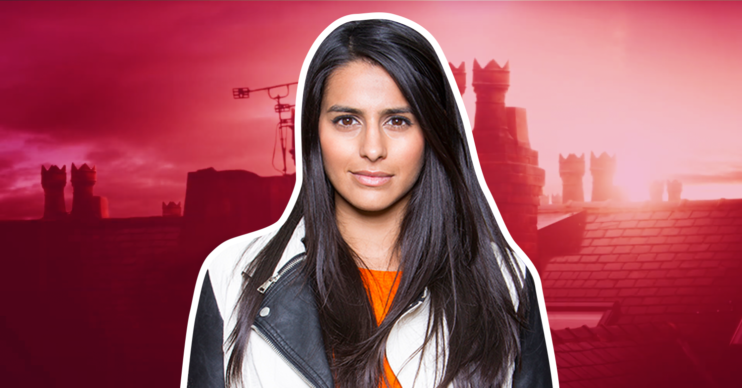 In upcoming Coronation Street, Alya receives an interesting phone call. But who is on the other line?

In preview pictures for next week’s episodes, it reveals Yasmeen wakes up in hospital after suffering a heart attack.

Alya assures her that she will be okay and the trial has been postponed.

Later, Alya receives a phone call from someone who may be prepared to give evidence against Geoff. They decide to meet up in secret and put a plan together to save Yasmeen.

But will their plan work? Or will Geoff find out what’s going on?

In this week’s episodes, Geoff uses his radio show to talk about how he has forgiven Yasmeen. He plays the hero and tells people he wants to help her.

Meanwhile Yasmeen tells her cell mate that she is going to be visited by someone from a women’s charity. But when the woman arrives, Yasmeen is shocked by what she reveals.

Back in the cell, Yasmeen’s friend gives her a book on coercive control. Yasmeen gives Geoff a call and tells him she wants to be with again. But is she playing him at his own game?

The day of Yasmeen’s trial arrives and she tells Imran she was visited by someone who claims to have been abused by Geoff.

But as the solicitor says he will track this mystery woman down, Yasmeen collapses on the visiting room floor. She is quickly rushed into hospital.

Meanwhile, back on the street, Ryan clocks a woman, Elaine, watching Geoff and Tim as they head out to court. But an upset Alya tells Ryan that Yasmeen has had a heart attack.

Will Elaine be able to help?