Coronation Street will pit Gary Windass and Adam Barlow against each other once again next week.

New preview pictures on the official ITV Corrie website show Adam getting suspicious of Gary when Gary has a row in the street.

Adam has been absent on screens for a while after heading off on honeymoon with new wife Sarah Platt. 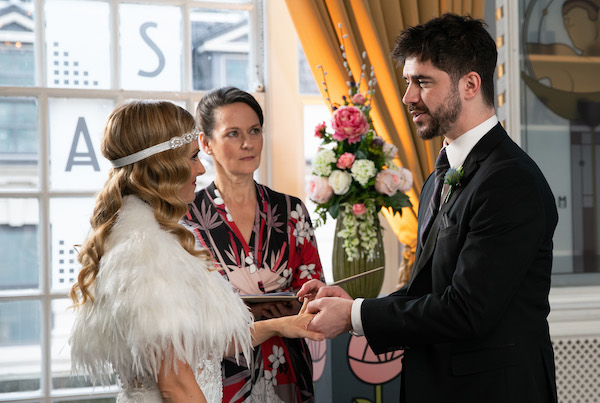 Sarah and Adam have been on honeymoon (Credit: ITV)

But the two have returned to the cobbles and Adam is immediately drawn back into Gary's sneaky world again.

Gary jumps in to defend Kelly when Dev lashes out at her in the street.

But Gary's heartfelt defence of Kelly doesn't go unnoticed by Adam, who is watching from afar. 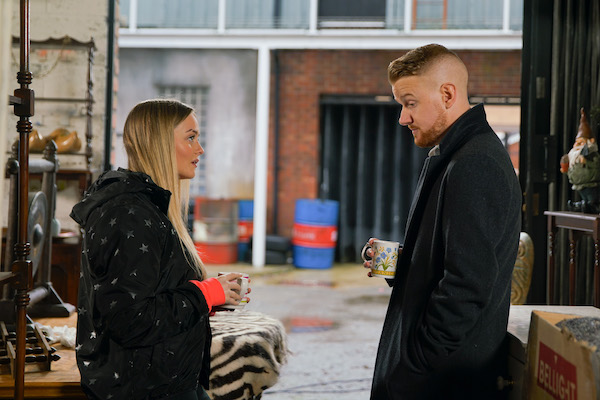 Kelly is protected by Gary, but has no idea he killed her father (Credit: ITV)

Already suspicious of Gary, it seems time away hasn't dampened the lawyer's desire for the truth.

He's intrigued about Gary's involvement and vows to get to the bottom of just why Gary is so interested in Kelly.

Has Gary made a huge mistake defending Kelly so publicly? Is his secret about to be unearthed - quite literally?

Rick's body to be found?

In a previous interview with Inside Soap, show boss Iain MacLeod revealed that Adam would be in the thick of it with Gary this spring and it could lead to Rick's body being dug up...

"Meanwhile, Adam is secretly conspiring against him, which will threaten to lead Adam, and therefore the authorities, to Rick's final resting place," Iain said.

"Whether that will actually happen or not is still to be seen – but that will precipitate a big, explosive story at the time we do our episodes around the Britain's Got Talent week in May.

"We're resisting the urge to dig up Rick's body, because it feels as if everyone is expecting us to. So, I hope we're playing, in a good way, with the audience's expectations around that."

With production of the soap currently on hold due to coronavirus, and Britain's Got Talent live semi final week set to be broadcast later in the year, it remains to be seen when these scenes will actually air.

But for now, it looks like the walls are definitely closing in for Gary - will he realise he's drawing suspicion?

And will this lead to the ultimate showdown between Adam and Gary that has been promised for so long?

Coronation Street is on next week on Monday, Wednesday and Friday at 7.30pm on ITV.