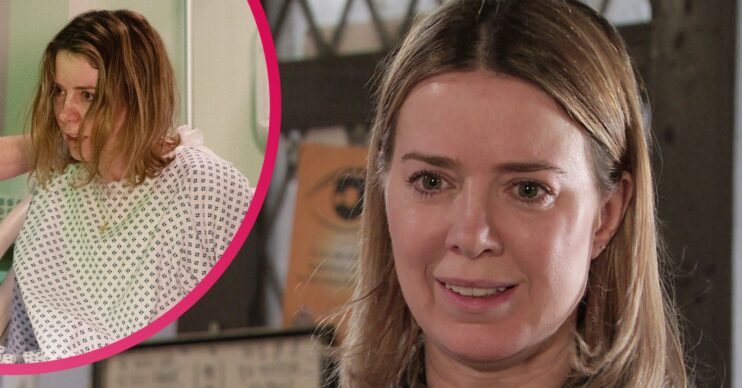 Abi gives birth to a son

Coronation Street character Abi went into labour in last night’s episode (Sunday, March 6) but it looks like she will leave her baby at the hospital after giving birth.

In last night’s scenes, Abi was in enormous amounts of pain as she sped down a country road with drug dealer, Dean.

When she got out on the side of a road, Dean left her there. Abi  tried to call for an ambulance and explained she was having a baby, however her phone died.

In a recent interview, it was revealed that Abi ends up doing a runner from the hospital after giving birth.

When asked why Abi leaves the hospital, Sally Carman said: “For the same reason she gave up the twins – she doesn’t believe that she can look after him properly.

“From her point of view, she has already failed this baby by wrecking the start of his life. In her head, she’s got nothing to offer him.

“Abi thinks that the baby has probably been born too soon because of the drugs she’s been taking. She has no home anymore and no relationship. So what can she possibly do for this child, other than give him a chance by giving him up?”

It is revealed that later in the week, Abi does meet her son and instantly loves him.

Speaking about how Abi feels meeting the baby, Sally said: “This is why Abi is so brilliant – regardless of everything in her life telling her to just forget it because she’s not going to succeed, her heart opens to this child.

“It’s not even in her control – straight away she loves him.”

When asked if Abi names her son, Sally revealed: “Yes, she calls him Alfie, after Seb’s favourite teddy bear.”

There’s a lot more drama to come this week with Abi, but will she tell Kevin the truth about the baby’s father?