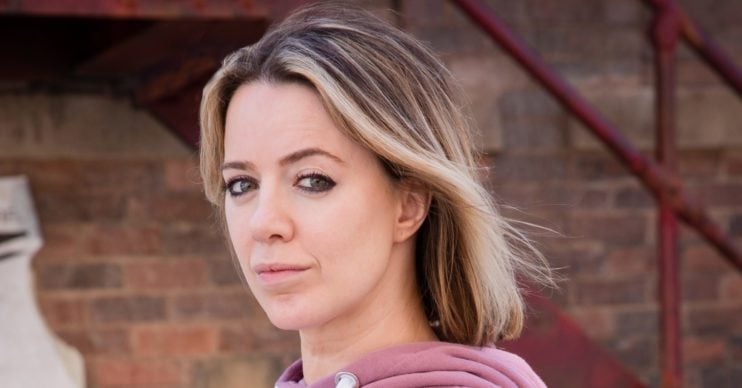 Abi's kids were taken into care

In next week’s Coronation Street, Abi has a chance to see her twins again. But will she take it?

Viewers know Abi has a teenage son Seb as well as two younger children Charlie and Lexi, who were adopted after being taken into care.

In preview pictures for the upcoming episodes Kevin and Abi are working in the garage when they get a call out.

But Abi immediately recognises the name of the customers as the twins’ adoptive parents and tells Kevin she’s too busy to go.

Will she explain the reasons to Kevin, or keep it to herself?

Abi and her children

Back in 2017, when viewers were introduced to Abi, she was much different to the character we see on screen today.

She was a drug addict, who struggled to care for Charlie and Lexi, often leaving them to be looked after by Seb.

The twins were taken into care.

Eventually Abi started to get her life on track, moving to Coronation Street. But when Seb smashed up Tracy’s flower shop, Abi took the blame, landing her sixteen weeks in prison.

During this time she befriended Sally, who was also inside for a crime she didn’t commit. When Sally and Abi eventually came out of prison, Sally offered her prison cellmate a place to live.

Meanwhile Seb attempted to gain full custody of his siblings, but was unsuccessful. Eventually, the two were adopted by the Boultons.

But could Abi have another chance to have a relationship with her two youngest children?

Currently Abi and Seb live on the same Street. Although the two occasionally talk, it’s clear they aren’t as close as some parents and kids are.

The mother and son fell out when she agreed to give up Charlie and Lexi. Could this put more of a strain on their relationship?