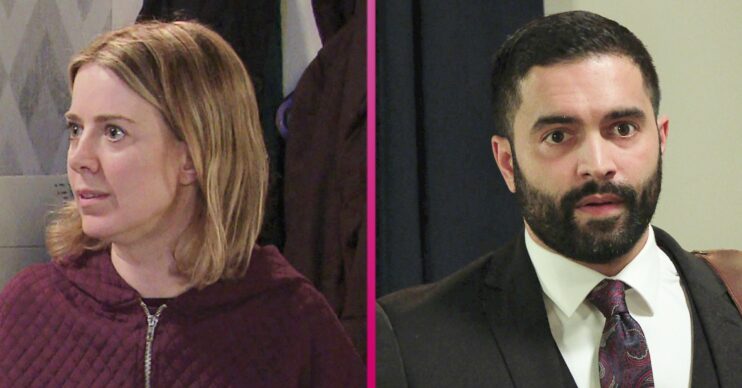 Abi has a plan

After Imran and Toyah gained custody of Alfie, Abi was furious as Imran paid Ben to lie that he saw Abi buying drugs.

But next week she plans to leave Weatherfield with her son.

Abi gave birth to Alfie earlier this year and after Toyah found out her fiancé Imran was Alfie’s father, she was furious.

However she decided to forgive Imran and they decided to get back together and try to get custody of Alfie and raise him as a family.

Imran had hired a man named Ben to follow Abi.

Although the judge disapproved of Imran hiring someone to follow Abi, she granted custody of Alfie to Toyah and Imran, but allowed Abi to have visits.

But it’s not long before Abi turns up.

Abi takes the opportunity to take some pictures of her son.

Later she heads off to meet an old contact called Matty. She hands him a couple of envelopes and orders him to work his magic.

The next day, Toyah decides to let Abi take Alfie for a walk by herself.

But when she reveals to Imran what she’s done, he’s horrified.

Imran finds Abi at the Red Rec with their son and demands to know what she’s playing at.

What will Abi say?

In Victoria Garden, Abi calls Matty for an update. She tells him she’s happy to wait a week for fake passports.

Is she going to take Alfie away?