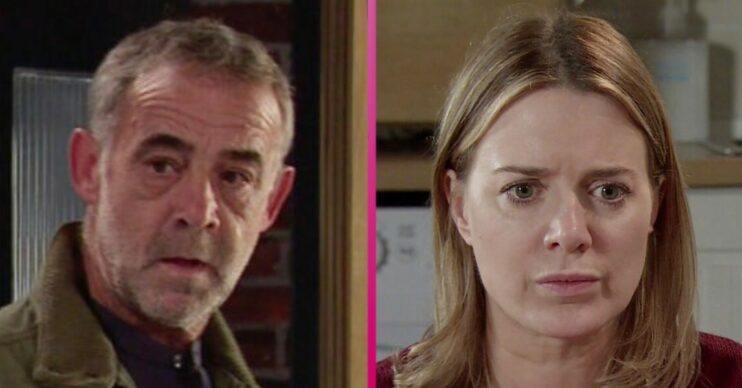 He vows to help her get custody of her son

Coronation Street spoilers for next week reveal Kevin vows to support Abi as she fights to keep her baby.

But does this mean a reunion for the pair? Or is Kev just being kind?

Deciding to name her newborn Alfie, after late son Seb‘s favourite teddy bear, Abi then told Aggie on Friday, March 11, she was going to fight to keep her baby.

And next week begins with Abi promising the social worker she has enrolled in rehab and is going to do whatever it takes.

Toyah is there supporting her (little does she know!) and Abi informs her she has to prove she can offer Alfie a proper home.

When Toyah tries to quiz Imran confidentially about Abi’s situation, he puts two and two together and realises who she’s talking about. He races to the hospital and Abi admits he’s the father.

As Imran asks to see his son, Toyah is watching from the corridor – what has she heard? Will Imran confess the truth?

When Abi’s story ends up plastered all over the Gazette, Debbie demands answers assuming the baby is Kevin’s and she has a new nephew.

Abi avoids her questions and hurries out as Alfie is having an operation.

Waiting for news at the hospital, Abi is stunned when Kevin arrives.

He takes her in his arms and she breaks down.

Kevin assumes the baby is Tez‘s after Abi let him believe that was who she had a one-night stand with. Abi goes along with the lie, feeling awful.

The nurse interrupts to inform them the operation went well and Abi is filled with hope.

Kevin then offers to let her stay with him at No.13 until she’s won custody.

Abi is bowled over by the gesture and it gives her hope there is a future for them.

Why did Kevin and Abi split up?

After her son’s killer, Corey Brent, was found not guilty, Abi had a drunken one-night stand with Imran Habeeb.

Although she and Kev reunited afterwards and he told her whatever had gone before didn’t matter, when he discovered the truth last month, he left her heartbroken.

Abi turned back to drugs and when Kevin returned wanting to patch things up, he was horrified to find her high and with another man in his house.

But after he kicked them out, Abi was left stunned when she later gave birth to Alfie without even knowing she was pregnant.

Toyah has been a rock for her, but has no idea her fiancé is the daddy.

When the truth comes out, it looks like Abi will lose her friend and her husband.

If Kevin and Abi do reunite, will he forgive this latest betrayal? Or will that mean it’s really over for them for good?