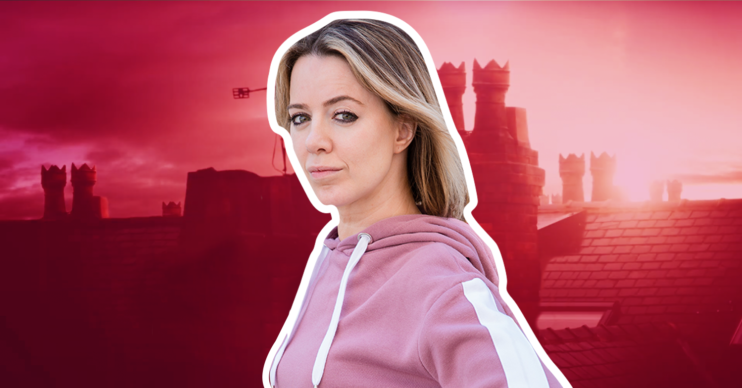 Coronation Street SPOILERS: Abi has a change of heart over the twins?

Abi's children Charlie and Lexi were adopted by another family

Coronation Street previews reveal Abi is upset after Gemma makes a remark about her children. But will it cause her to change her mind over the twins?

Abi recently decided not to say goodbye to her twins as they moved to Australia with their adoptive parents.

But in next week’s episodes, when Jenny sympathises with Abi over her situation with the twins, Gemma puts her foot in it, saying it would kill her if she ever got separated from the quads.

Clearly upset, Abi flees. Will she be okay? Will she decide to say goodbye to her kids after all?

Coronation Street: Abi and her children

Recently Kevin and Abi were called to a call out. But as Abi recognised the name ‘Boulter’ as the  family who adopted her kids, and she told Kevin she didn’t want to go to it.

As Kevin went to fix the customer’s car, he met twins Charlie and Lexi and learnt the family are moving to Australia.

As Abi had been acting strangely about going to this call out, the mechanic later confessed to her boyfriend that Charlie and Lexi are her biological children. They were taken into care and adopted a few years ago.

Kevin then broke the news to her that her kids would be moving abroad with her adoptive family.

When Abi’s eldest son Seb found out about his siblings moving, he arranged to say his goodbyes to them. But Abi realised she couldn’t do it.

Read More: Tina O’Brien reveals daughter Scarlett could be heading to LA after a Disney audition

Later Kevin asked Abi to move in with him and his son Jack. But Seb felt betrayed seeing that Abi had moved on so quickly from her own children.

In an attempt to make things right with Seb, she asked him over for dinner. After some advice from ex-girlfriend Emma, Seb decided to give his mum a chance.

Are they finally going to get their relationship back on track?