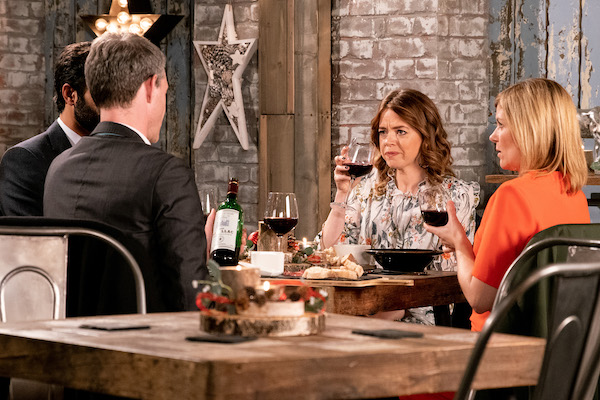 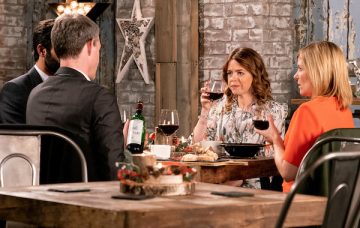 Has the truth been revealed?

Toyah Battersby is left horrified next week when she makes a shocking discovery about Nick Tilsley.

The drama starts when Toyah is stripping the beds to be washed and finds Wayne’s missing health and safety report under Nick and Leanne’s mattress.

Toyah is convinced that she has uncovered Nick as the report thief and shows sister Leanne what she found under the mattress.

But while Toyah is adamant that she is going to take her findings straight to the police, Leanne begs her to wait until they have got Nick’s side of the story.

With both women realising that this could prove Nick was involved in sabotaging the factory roof, Leanne is in turmoil and starts to wonder if her other half is more implicated in Rana Habeeb’s death than he is letting on.

Nick is stunned to come home and find Toyah and Leanne in the middle of a blazing row.

It doesn’t take long for Nick to work out what the sisters are arguing about, but when Toyah shows him the report that she found, he is adamant that someone must have planted it there to frame him.

As Nick protests his innocence, he starts to look more guilty by the minute. Will the siblings believe he has been set up?

It seems the police don’t believe that Nick is innocent because the following day they arrive on the cobbles to arrest him.

Leanne is stunned as her boyfriend is carted off to the station, leaving her in turmoil over whether he could be guilty.

And her suspicions seem to be confirmed when Shona tells her that she overheard Nick revealing to David that he has done things that he’s not proud of.

As he is quizzed by the police, Nick struggles to defend himself.

The police claim that he is in cahoots with Carla and sabotaged the roof for financial gain, while Nick insists he had nothing to do with it. But will they believe him?

As Nick returns to the cobbles after being questioned, he assures David that the police aren’t interested in Audrey’s stolen money and that they’re in the clear… but it seems he might not get away so lightly when it comes to his relationship. 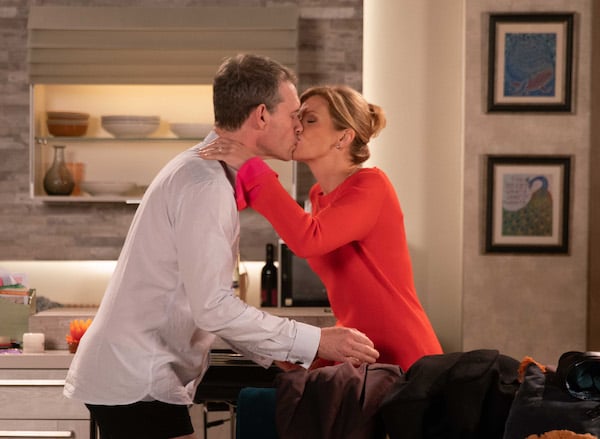 Toyah begs Leanne to see that Nick is up to his dodgy old ways again, leaving her torn over what to do.

Do you think Nick is guilty? Leave us a comment on our Facebook page @EntertainmentDailyFix and let us know what you think!