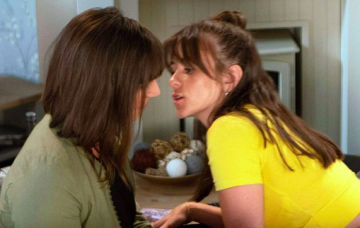 Paula's definitely got her eye on more than Sally's case

Coronation Street has confirmed a shock romance between Sophie Webster and Paula Martin.

Restaurant manager Sophie is going to take a liking to her mother’s old school friend and lawyer Paula and seal the romance with a passionate kiss.

And it’s all Sally’s accidental doing.

“Seemingly on a roll, Sally invites Paula for dinner with the intention of matching her with Kevin.

“But it’s the chemistry between Paula and Sophie that is more evident, as Sophie leans in for a kiss!”

Actress Stirling Gallacher plays the down to earth cougar.

EXCLUSIVE PICS: Jim returns to the Rovers, Roy's life is on the line, Jack has a big surprise and is there some romance on the horizon for Sophie? See our STORIES for more 👆👆👆 #Corrie

She’s no stranger to comedy, either, having portrayed the Prime Minister’s wife in Little Britain, and starred in The Office opposite Ricky Gervais.

Stirling has also popped up in Casualty, Holby City and even played the Mayor of Walford in EastEnders.

An insider told The Sun: “Sophie hasn’t had much luck with romance on the cobbles, but it appears this time it’s finally going in the right direction for her. 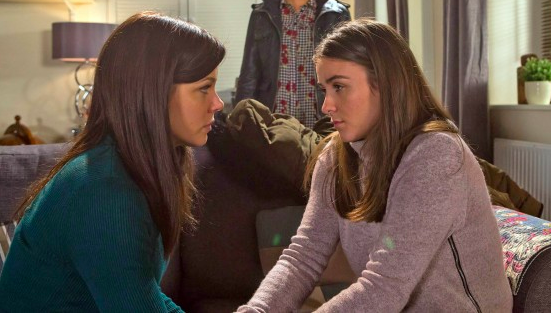 “She allows herself to start falling in love with the lawyer but Sally is furious when her friend tells her she has feelings for her daughter.”

Sally is reportedly “livid about the age gap and brands her friend a “cradle-snatcher”.

Sophie was most recently in a relationship with Kate Connor before being left heartbroken when she dumped her over a family meal.

It was then revealed how Kate had been having an affair with Rana Nazir, who was then married to Zeedan.

And now it seems things are looking up for Sophie on the romance front.

But it will probably be sorely tested when her mother is sent to prison for fraud.

What do you think of the shock coupling? Leave us a comment on our Facebook page @EntertainmentDailyFix and let us know what you think!