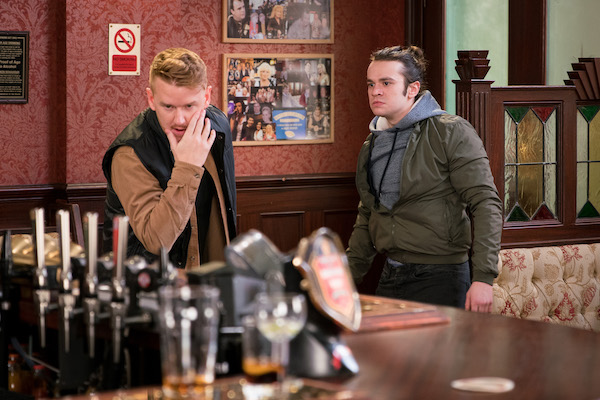 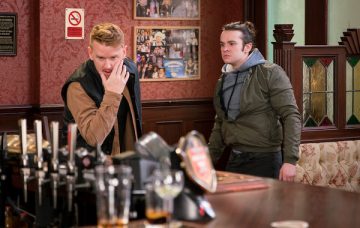 What would Sarah say?

Seb has found himself at a loss since Gary sacked him from the builder’s yard, but things are looking up for him when Sarah manages to get him his job back.

After Sarah has a tough day looking after the kids, she panics when she can’t find Max anywhere.

Thankfully for Sarah, Seb has found him at the tram station and brings him home, and she couldn’t be more grateful… or relieved!

To thank him for being her knight in shining armour, Sarah says she will talk to Gary and ask about getting Seb his job back – and it works.

Seb is thrilled to get his old building job back… and things are only set to get better.

When Sarah realises that Gary is paying him less than the other builders, she steps in and demands that her boyfriend pays Seb the same as everyone else, leaving Seb falling for her hook, line and sinker.

But the drama between Gary and Seb takes a turn when Seb thinks that Sarah is coming on to her when she promises that she has a birthday surprise for his 18th.

Thinking his luck is in, he’s stunned to get to her house later that day and find a note waiting inviting him upstairs…

But while what happens between the pair is being kept secret, Seb then arrives later at his surprise birthday party and doesn’t mention anything to anyone.

However, when Seb finds Anton and the other builders laughing later in the week, he is convinced it is about him and he squares up to the group.

But the anger that Seb is feeling is really for Gary, and when he sees him in the pub later that day he ends up having a go at him about Sarah.

But what are the pair fighting about? Does Gary know what went on between his girlfriend and Seb?

Before anything can be resolved Seb has punches Gary in the face, leaving his boss stunned and him out of a job once again.

Will these two ever see eye-to-eye?

Do you think Sarah should be with Gary or Seb? Leave us a comment on our Facebook page @EntertainmentDailyFix and let us know what you think!