For weeks Roy has been trying to find out some more information about a mysterious ring that he found amongst Sylvia's belongings after she died. 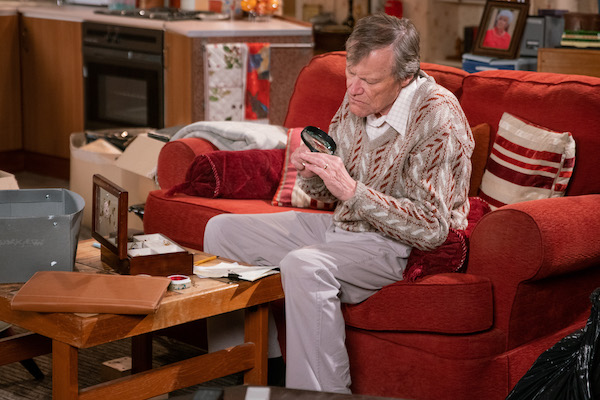 Roy has been trying to work out what the inscription on his late mother's ring means (Credit: ITV)

But recently Roy has become cagey about the investigation, and next week it will new revealed that the reason he has called off his research into the jewellery is because he has discovered a big family secret.

When Wayne Hayes calls into the cafe next week, he proudly admits he has been doing some more research into the ring, leaving Roy feeling uncomfortable. 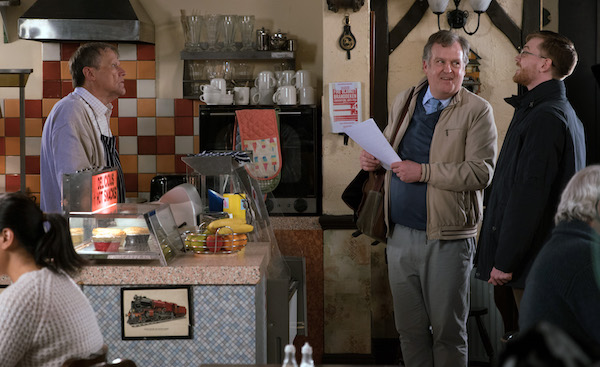 Brian and Wayne have been helping with the detective work (Credit: ITV)

Roy orders the health and safety inspector to drop his sleuth work, leaving him bemused by Roy's sudden change of heart.

But when Wayne and Brian Packham - who has also been helping with the detective work - put two and two together they soon realise Roy has been acting strangely ever since his recent trip to Portsmouth.

Roy asks Wayne to stop researching the history of the jewellery (Credit: ITV)

The pair confront Roy and he eventually admits that the ring has revealed the huge secret that his mother had an affair!

Roy has clearly been struggling with the fact his mother had a fancy man, but after some wise words from Cathy, Roy has a change of heart and tells Brian and Wayne that he would be grateful if they could help him research further.

And it doesn't take long for the gang to dig up more dirt on Sylvia... and before Roy knows what is happening he finds himself face-to-face with someone called Alice Parrott. 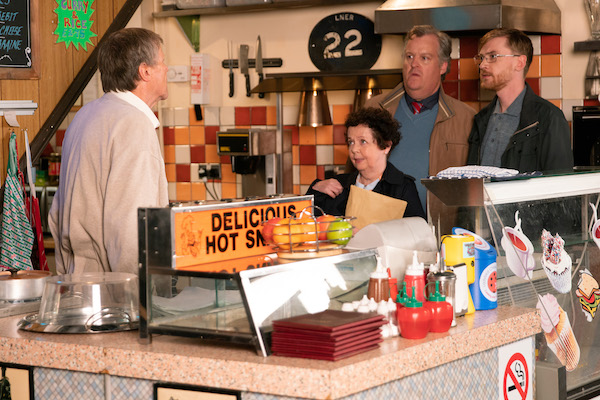 Alice reveals to a stunned Roy that her father, Raymond, had an affair with Sylvia, and hands the cafe owner a bundle of love letters that were sent between the forbidden pair.

Roy is aghast that his cold-hearted mother really was capable of loving someone, but he is left heartbroken when he realises she just didn't ever show him her more gentle side.

Convinced that Sylvia clearly didn't love him, Roy is further saddened when Wayne reveals he is leaving and the pair promise to keep in touch. 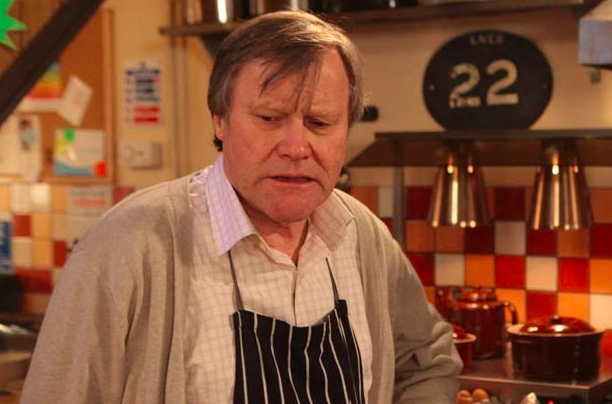 Needing to get away to think after such an emotional week, Roy decides to head to Cumbria to visit Carla, and also scatter Sylvia's ashes while he's there.

But is this the end to the family secrets that Sylvia's ring is going to unearth, or are there more surprises heading for an unsuspecting Roy?

What other secrets could be heading Roy's way? Leave us a comment on our Facebook page @EntertainmentDailyFix and let us know what you think!