Nick begins to panic that the police suspect sabotage and comes clean about the money in the accounts in upcoming episodes of Corrie.

Next week Imran confronts Wayne, who's beating around the bush over his health and safety report, concerning the news Carla has gone missing.

When Wayne heads out, he leaves the report on his table. Upon returning he catches Imran reaching for his report and Nick has to step in to diffuse the situation.

And later when Wayne later discovers his car has been broken into - and the report has been stolen - he accuses Imran. 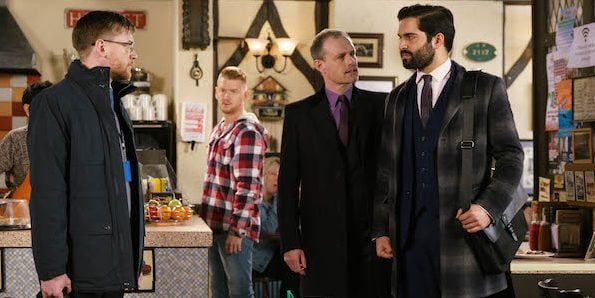 Nick steps in to diffuse the situation (Credit: ITV)

However, the solicitor maintains his innocence as the police question him.

Quizzed about Nick's involvement, Imran becomes suspicious and wonders if Nick is implicated in the report.

Toyah later reveals to Nick and Leanne that the police believe the factory roof was sabotaged deliberately for an insurance scam.

A horrified Nick decides to come clean to the police, worried they might believe the factory roof collapse was an act of sabotage.

Owning up to the £30k he put in the account, Nick claimed it was from his own savings to pay off his ex wife. 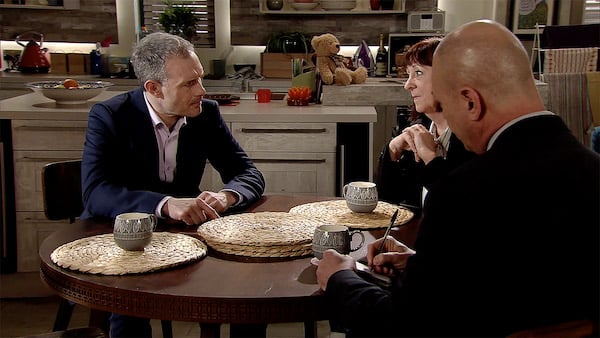 Nick tells them about the £30k he put into the account (Credit: ITV)

Last week his sister Sarah handed over the factory accounts to the police and he made it clear to David that if the police found the money then they could be facing a jail sentence because the money is stolen.

The money, of course, belongs to their grandmother Audrey. 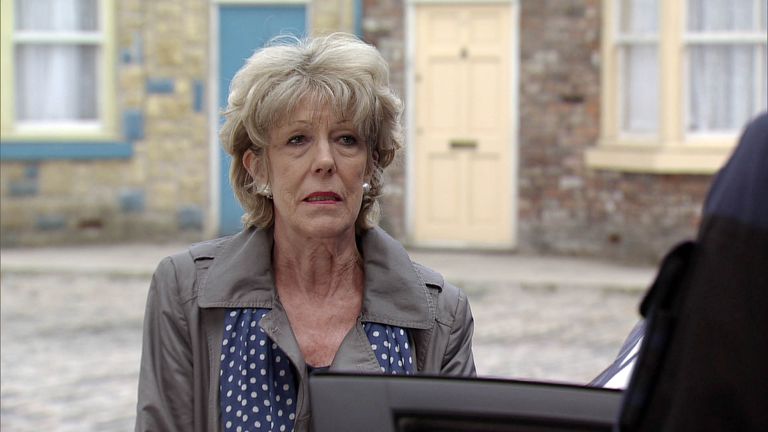 Before Christmas her old friend Archie Shuttleworth passed away leaving her £80k.

However not long after she received the money it was taken from her bank account leaving her struggling financially.

It was soon revealed that Nick took the money and when David found out he blackmailed his brother into going into business with him and opening up a hair salon.

- Coronation Street is on Monday, Wednesday and Friday at 7.30pm and 8.30pm, with an extra episode on Thursday at 8.30pm on ITV