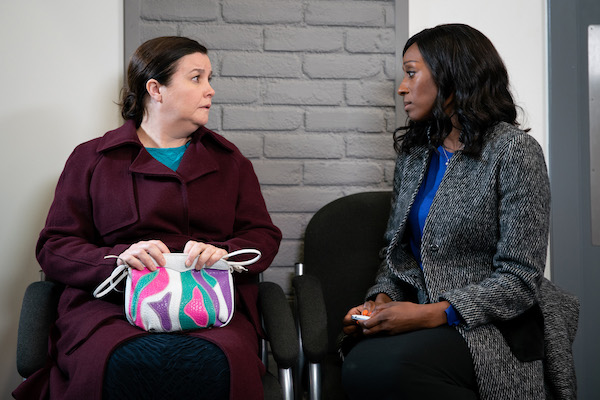 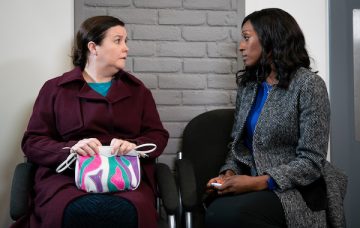 Could Jude really be dead?

Ever since his sudden departure from Weatherfield, Mary has been left wondering where her son might be.

And with her own search going cold, Mary bit the bullet last week and went to the police to report Jude missing.

Corrie fans will know that the last time we saw Jude on screen he was making a speedy exit from the cobbles, trying to take son George with him.

But when the authorities questioned Jude’s estranged wife, Angie, about his disappearance, she didn’t hold back in telling them exactly what she thought of the pathological liar.

While Angie is convinced that Jude’s disappearing act was nothing more than another of her ex’s games, Mary was left terrified that the police might not take their search seriously once they knew what sort of man Jude is.

But next week sees a new twist as a stranger called Darren calls Mary and reveals he saw Jude in Withington.

But is he telling the truth, or is this all another lie for Mary to deal with?

But before Mary can get her head around the apparent sighting of her son, the police arrive on her doorstep with a bombshell of their own.

Mary’s left fearing the worst when officers reveal they have found a body matching Jude’s description, and ask if she could come and ID him.

With Angie in tow, Mary heads to the mortuary see if the deceased is her son – but will it be Jude?

Later in the week Roy treats Mary to afternoon tea in the Bistro on Jude’s birthday.

But is he treating his friend as a comforting distraction on what would have been her dead son’s birthday?

Or was the body someone else entirely and Mary’s simply celebrating the fact he’s still alive and out there somewhere?

During their tea and cake Mary then gets a mysterious text message that sees her painting on a smile for Roy’s sake… what has she just found out?

Do you think Jude is dead? Leave us a comment on our Facebook page @EntertainmentDailyFix and let us know what you think!