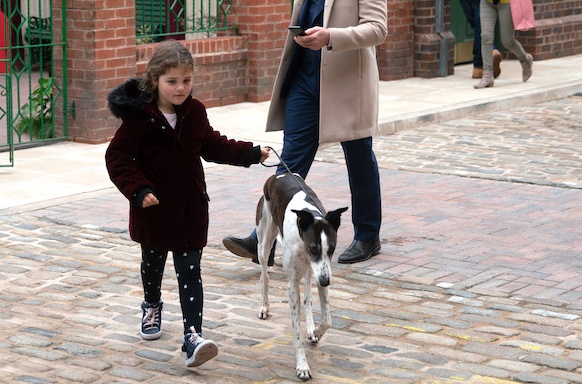 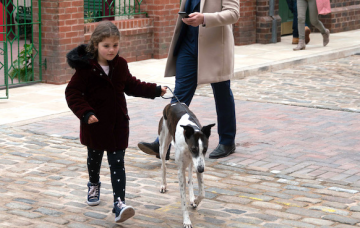 Her behaviour is getting worse

Corrie’s Fiz Stape is going out of her mind as her little girl, Hope, continues to play up.

Next week Hope takes revenge on step-granny Evelyn through her treasured dog Cerberus, and Fiz realises she finally has to do something to help her daughter.

Evelyn hasn’t done herself any favours with the youngster, openly telling anyone who’ll listen that Tyrone’s daughter, Ruby, is her favourite and she’s done with Hope.

And when Fiz and Tyrone come home to hear Evelyn threatening Hope, it’s the final straw and they ask her to leave.

Knowing she needs to buy some time to change their minds, Evelyn bangs on about how she can only go when she finds somewhere she can take her beloved pet pooch with her.

Determined to get rid of her one way or another, Fiz makes it her mission to find somewhere that will take Evelyn and her hound. All-the-while Evelyn’s using her best emotional blackmail techniques on Ty to get him to let her stay.

Needing to get out of the house, Tyrone takes Hope and Cerberus for a walk.

But he makes the error of being distracted for a second and with a child like Hope you can’t take your eyes off her at all. It’s not long before he realises the little girl and the dog have disappeared.

Adam spots them together, but doesn’t think to stop a small child and a dog wandering around alone, and Hope is able to enact her plan.

When Tyrone catches up with her, she announces she’s put Cerberus on a tram to Rochdale. And she adds she’s not even sorry for good measure. Crikey!

Evelyn is distraught as the family do all they can to locate the dog. But when they find out he got off the tram, the grumpy gran is sure she’ll never see him again and she lashes out at Fiz and Hope.

It’s Dev who makes Evelyn see a few home truths in the Rovers and she’s given food for thought and left speechless – for once!

Meanwhile, Fiz and Tyrone have realised Hope’s behaviour is out of control. As they discuss it with a therapist, Ty shocks his partner when he reveals he’s found Hope a place at a specialist school – in Birmingham.

When Hope bites Ruby later in the week, Fiz is devastated and finally accepts her daughter needs help. She agrees to move to Birmingham with Hope so she can go to the special school until she is better.

Surprisingly, Evelyn offers some kind words of encouragement to Fiz before she goes, and Fiz finds herself softening towards the battleaxe.

Fiz even suggests Evelyn stay to keep an eye on Tyrone, before she bids an emotional farewell to everyone on the Street.

But how long will she be gone for? And will the special school sort out Hope’s behaviour?

It’s been suggested that Cerberus has been kidnapped – has someone taken him off the tram? And will Evelyn ever see him again?

Do you think Hope needs help? Leave us a comment on our Facebook page @EntertainmentDailyFix and let us know what you think!