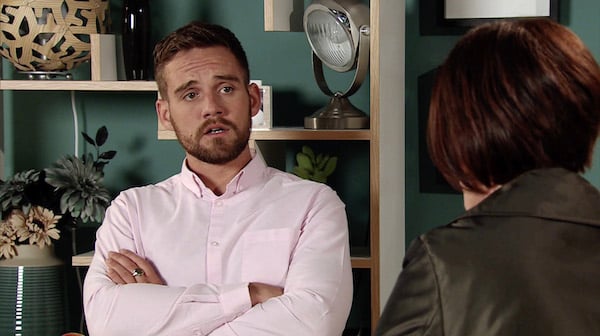 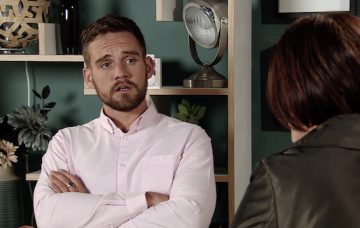 He's been off screen since November

Coronation Street viewers are finally set to see the return of Doctor Ali Neeson after his unexplained absence from the show.

Fans have noticed that Ali has been missing from our screens since November.

Actor James Burrows revealed he was taking a break from the cobbles last year, but that was only thought to have lasted around six weeks.

Prior to his departure, Ali was involved in a storyline which saw him murder gangster Ronan Truman in order to stop him hurting his family.

Ronan crashed his car after hitting Ryan Connor with his vehicle, attempting to kill Michelle Connor, and reversing over Leanne Battersby.

He became impaled on a metal spike and before an ambulance could arrive, Ali went to try and save him but Ronan tried to grab his gun and kill him, forcing Ali to act.

Ali locked the gun away from Ronan and pulled the post that was keeping him alive out, causing the gangster to bleed out.

Read More: Coronation Street’s Tracy and Steve: The history of their relationship

Viewers saw Ali go on a downward spiral suffering with the guilt of killing Ronan. But then he suddenly disappeared.

His exit wasn’t addressed on screen, but it has now been confirmed the doctor will be back on the cobbles next week.

In his return scenes, Ali announces he wants to go back to the medical profession after giving it up to work at the Bistro.

And there might also be romance on the horizon when Lolly brings in her wedding ideas folder to show Kate, and both Ryan and Ali are instantly smitten with her.

The news of his return comes after his on-screen mum, Kym Marsh announced she would be leaving the show after thirteen years of playing Michelle Connor.

Are you looking forward Ali’s return? Leave us a message on our Facebook page @EntertainmentDailyFixand let us know what you think.