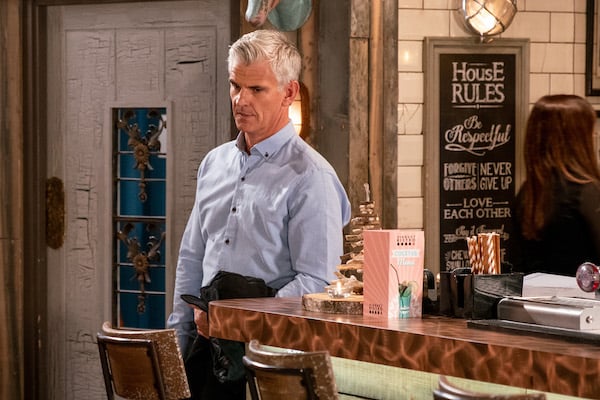 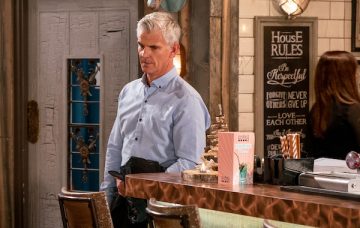 Is this the end for Robert and Michelle?

Robert’s week gets off to an exciting start when Michelle Connor announces that she thinks she could be pregnant.

He’s thrilled at the prospect of finally being a dad and the pair excitedly arrange to do a pregnancy test together later that day.

But disaster strikes when Michelle is accidentally hit in the stomach with a football in the street and ends up being rushed to the doctors to be checked over.

Once at the medical centre, Michelle is upset when the GP reveals she isn’t actually pregnant, and is forced to go home and break the news to Robert.

But as the pair take on board the fact Michelle wasn’t in the family way, a huge strain is put on their relationship.

Robert is convinced that Carla Connor is stirring things up between him and Michelle and barges into her in the street, telling her that she’d better watch her back.

But this isn’t the end of Robert’s new vendetta against Carla… he is soon drinking too much and quickly spirals out of control.

As Nick Tilsley and Carla argue over the fact she has decided to outsource some work from the factory to make money, Nick is shocked when she also reveals the factory needs a new roof.

But while the Underworld bosses are fighting, little do they know a drunken Robert is listening from afar.

Things take a sinister turn later in the week when Carla finds her car window has been smashed with a brick… and of course Robert is lurking near by.

But does that mean he is responsible?

Coronation Street fans will know that there is a huge stunt lined up for this month with the factory roof set to dramatically collapse – killing one Weatherfield resident at the same time.

Speaking of the huge stunt last year, Coronation Street boss Iain MacLeod told us: “It will at first appear to be an accident, but then it will be revealed to be a mystery and it’ll have been some kind of criminal enterprise that causes it to fall down.

“Somebody will be dying in said collapse, I’m not going to tell you who that is or who pulls the factory roof down… it plays out over five months.”

By the end of next week Robert is spiralling out of control and starts drunkenly causing trouble in The Rovers.

So does this new sinister side to Robert mean he could be the one to take revenge on Carla with devastating consequences?

Do you think Robert is responsible for the factory collapse? Leave us a comment on our Facebook page @EntertainmentDailyFix and let us know what you think!