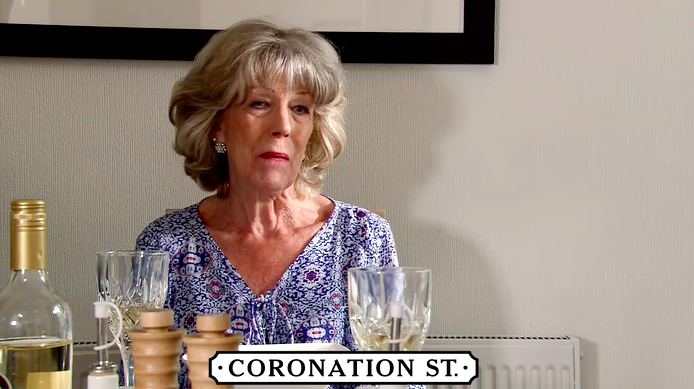 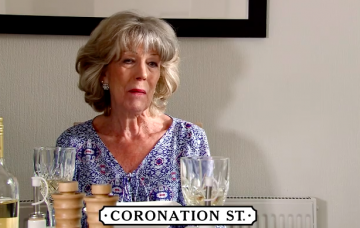 The hairdresser's family become terrified over her health

Audrey Roberts is going to spark concerns with her family in Coronation Street when they become convinced she has dementia.

The hairdressing icon will put the fear of God into her daughter Gail when she tells her she is sailing the high seas on a cruise liner.

Viewers know that Audrey’s cruise tale is simply so she can spend time with her conman lover Lewis Archer.

But Gail is left terrified for her mum’s health when Imran Habeeb reveals the ship Audrey is meant to be on was actually wrecked and didn’t set sail.

So when Audrey phones to tell her that she is having drinks with the ship’s captain, Gail begins to panic.

Read more: Sean’s secret is out and 5 other Corrie spoilers for next week

Speaking to her son David, Gail unloads her worries.

She tells him: “It’s not funny David. I don’t think I can cope with all of this again.

“Years ago we thought she had dementia but it was just Richard gas lighting her.

“I think it’s more serious than that.

“Your gran thinks she’s sailing the high seas as we speak, and when I spoke to her she was having drinks with the Captain.

“Yes on the Valley of the Stars but Imran says he knows for a fact that there’s no such boat.

“He says it’s been scrapped. Scrapped!

“And if it has then where the hell is she?”

But as Gail becomes increasingly more worried about her mother’s health, she’s set for a shock of her own.

She goes to Audrey’s house on Grasmere Drive to check on her and to her horror finds her with Lewis.

Lewis famous took Gail for £40,000 years ago but returned it last week when he began wooing Audrey again.

And things will take a more dramatic turn next week when Gail takes drastic action and kidnaps her own mother to perform an intervention.

What would you do in Gail’s shoes? Let us know what you think by leaving us a comment on our Facebook page @EntertainmentDailyFix!